Do you recognize this Baby Jesus thief? He's wanted for vandalizing the Sundance Square nativity scene. (Video: Fort Worth PD)

FORT WORTH, Texas - Fort Worth police are asking for help finding the person seen on video vandalizing a nativity scene in Sundance Square.

Security cameras captured a man walking up to the plaza stage around 2 a.m. Saturday.

He grabbed baby Jesus right out of the manager and then hopped into what appeared to be a Nissan Pathfinder. 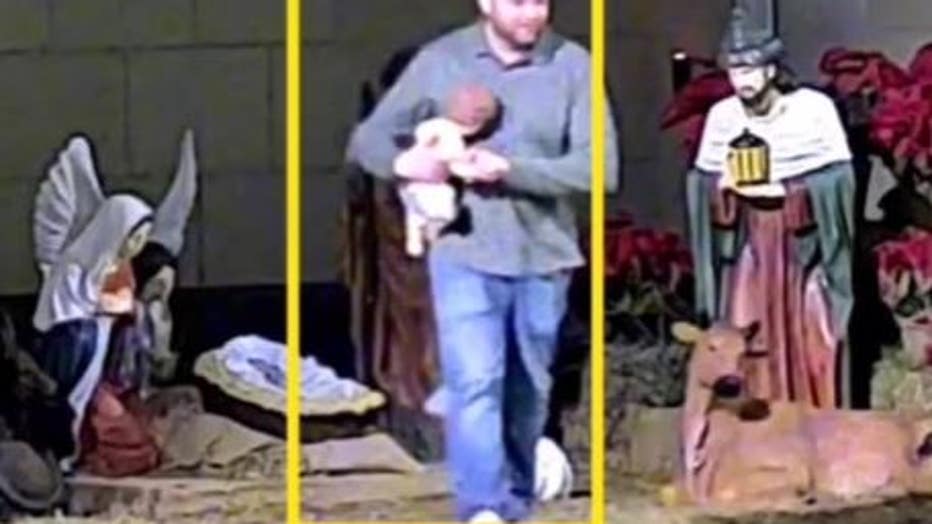 On Tuesday, police released photos of the suspect showing the man from the original photos along with a new man.

Fort Worth police are investigating.

Anyone who recognizes the Baby Jesus thief is asked to contact the police department.