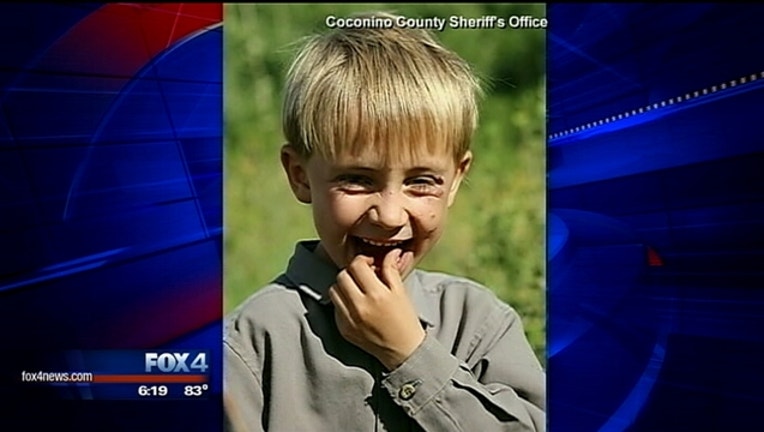 JACOB LAKE, Ariz. (AP) - The body of a 5-year-old Arizona boy was found Monday after he went missing from a campsite north of the Grand Canyon last week, authorities said.

No other details were immediately released by the Coconino County Sheriff's Office, which said Jerold Joseph Williams had been found dead.

"We don't have positive identification yet, but we do believe that this is the body of the missing child," said sheriff's office spokesman Gerry Blair.

He said the body likely would be taken to the county medical examiner's office in Flagstaff, more than three hours away, where authorities would check dental records and fingerprints.

Several hundred searchers spent five days looking for the boy in rugged terrain after he wandered off from the campsite Thursday while chasing grasshoppers.

The Colorado City boy was with a group of about 20 people when he went missing about 12 miles south of Jacob Lake in Kaibab National Forest.

The search was aided by military helicopters equipped with night vision equipment, ground crews with dogs and ATVs, and numerous volunteers from Jerald's hometown.

Authorities said earlier that there were no signs of an abduction or foul play and noted that the boy's parents were devastated by the disappearance and remained involved throughout the search.