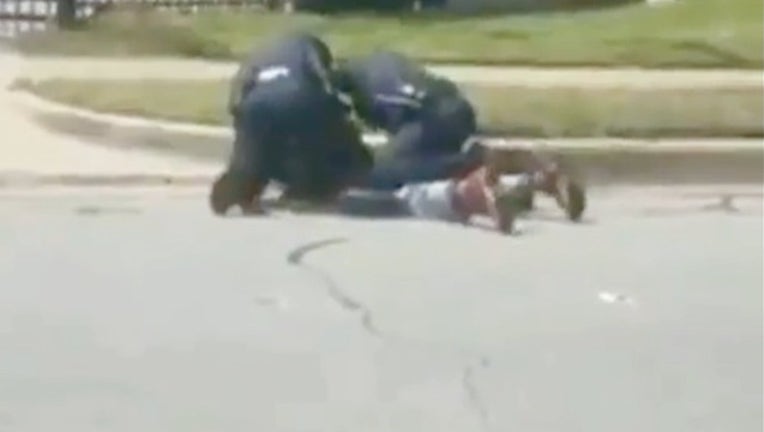 The attorney for a man who was struck repeatedly by a Fort Worth police officer is disputing the police chief's account of what happened.

Fort Worth Police Chief Joel Fitzgerald said his officers were called to assist firefighters with a man who appeared to be intoxicated and was trying to assault the firefighters.

The chief says Curry ran when police arrived and they chased him three blocks and tried to handcuff him. Fitzgerald said the suspect resisted and it took three officers and a supervisor four and a half minutes to forcibly restrain the man.

Curry's attorney claims his client was not intoxicated and was not resisting.

Michael Campbell says he believes this incident points to ongoing tension between police and the public in Fort Worth and the department needs more transparency.

“We need more initiatives that allow the community to have a say-so in the things that is happening inside the Fort Worth Police Department,” Campbell said.

Forrest Curry was booked on charges of evading arrest and resisting arrest. He was released Monday on bond.

Fitzgerald has asked for patience and calm during the investigation.