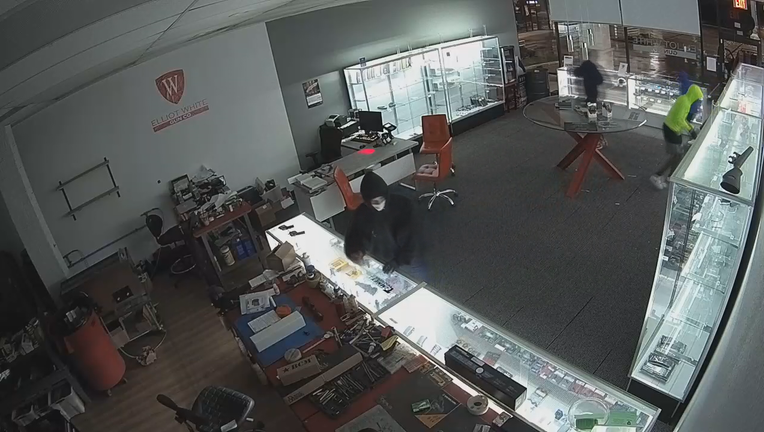 Federal investigators are looking for serial firearm burglars who were caught on camera stealing dozens of guns from shops across North Texas.

The most recent break-in was at SK Arms in Flower Mound early Monday morning.

A male in a hoody is seen on camera shoving a case to the floor, before violently jumping on it to get to the guns.

There were 15 guns stolen from the store, along with ammo.

The ATF says an older model red Ford Escape was the getaway car.

Five burglars are seen on surveillance video breaking in and stealing nine guns.

Again, a red Ford Escape was the getaway car.

The thieves hit another shop, Republic Arsenal in Coppell, on the 18th.

They managed to get away with 18 guns and several different ammo types during that break-in.

The ATF is offering a $10,000 reward for information leading to an arrest.