Three people are dead and one is in critical condition after a shooting inside a Garland convenience store. Police said the gunman just walked in the door and opened fire.

GARLAND, Texas - Three people are dead and another was hospitalized after a shooting inside a Garland gas station.

The shooting happened around 7:30 p.m. Sunday at the Texaco convenience store in the 700 block of Walnut Street.

Police said surveillance video shows the gunman opening the door of the store and firing shots.

"All of the victims were inside the store when video shows a white Dodge, four-door pickup arrived on scene. A person exits from the passenger side and actually goes to the front door of the convenience store, opens it with a gun in hand and opens fire, striking four victims inside the store," said Lt. Pedro Barineau with the Garland Police Department.

The gunman got back into the same vehicle on the passenger side and left the scene, police said.

All four male victims were standing near a restaurant area of the store. Three died at the scene and the fourth man was taken to the hospital in critical condition.

Police only have a limited description of the suspect. They are still reviewing video and talking to witnesses to try to identify him.

The names of the victims have not been released. Investigators are working to determine if there was any connection between them.

Anyone with information about the case is asked to call Garland police. 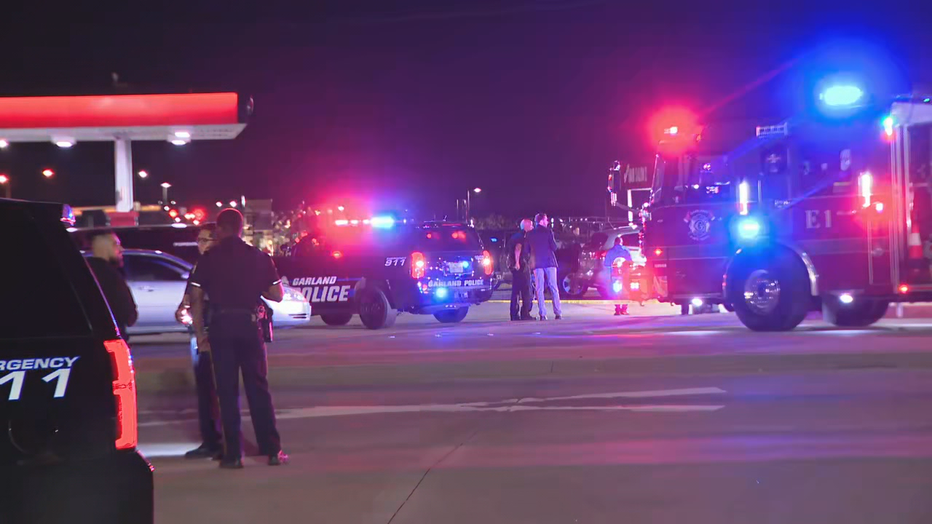