The everyday things we gained from Apollo 11

The many challenges that NASA overcame forced the space agency and its partners to come up with new inventions and techniques that ultimately spread into public life.

Michael Collins, an American astronaut who was part of the famous Apollo 11 mission that first landed humans on the moon, has died. He was 90.

His family confirmed the news Wednesday in a statement on Twitter, saying he passed "after a valiant battle with cancer."

"He spent his final days resting peacefully, with family by his side," the statement said. "Mike always faced the challenges of life with grace and humility, and faced this, his final challenge, in the same way."

Collins was part of the three-member crew on Apollo 11, the first lunar landing mission in 1969, alongside Neil Armstrong and Buzz Aldrin.

Collins served as command module pilot and was "The Forgotten Man" during the mission. He remained in lunar orbit, tending to the mother ship Columbia, while Armstrong and Aldrin landed in the Eagle on July 20, 1969, and spent 2 ½ hours walking the surface of the moon.

"Apollo 11 ... was serious business. We, crew, felt the weight of the world on our shoulders. We knew that everyone would be looking at us, friend or foe, and we wanted to do the best we possibly could," Collins said in 2019 on the 50th anniversary of the launch. 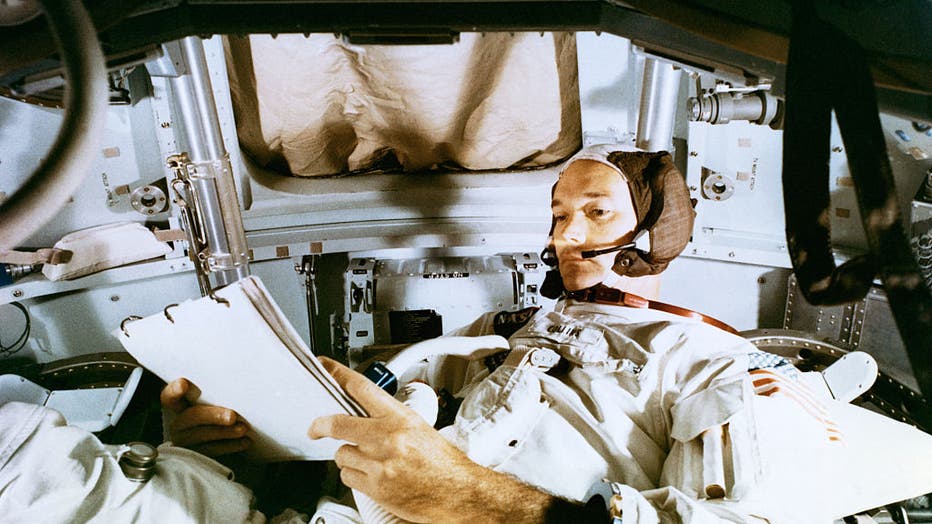 Collins was astounded when reporters later asked him about being lonely as he circled the moon by himself, especially on the lunar far side, out of radio contact. "I felt like I was Neil and Buzz’s meal ticket home," he said. "I was in no way, shape or form lonely."

The Air Force officer and former test pilot flew on Gemini 10 in 1966, three years after being accepted into the third astronaut group. He was supposed to be the command module pilot of Apollo 8, the first manned flight to circle the moon, but was bumped because of a bone spur in his neck. Surgery corrected the problem, and he wound up on Apollo 11.

The three astronauts had six months to gel as a crew and prepare for humanity’s greatest space feat. They had never served together on the same spaceflight before, and the "almost frantic" preparation left little if any time for bonding, Collins said previously.

Collins left NASA six months after Apollo 11. He briefly served as assistant secretary of state for public affairs and was founding director of the Smithsonian Institution’s National Air and Space Museum.

In an updated preface to his 1974 autobiography "Carrying the Fire," Collins said he enjoyed fishing, painting and reading near Florida’s Everglades, and said he felt "lucky, lucky, lucky."