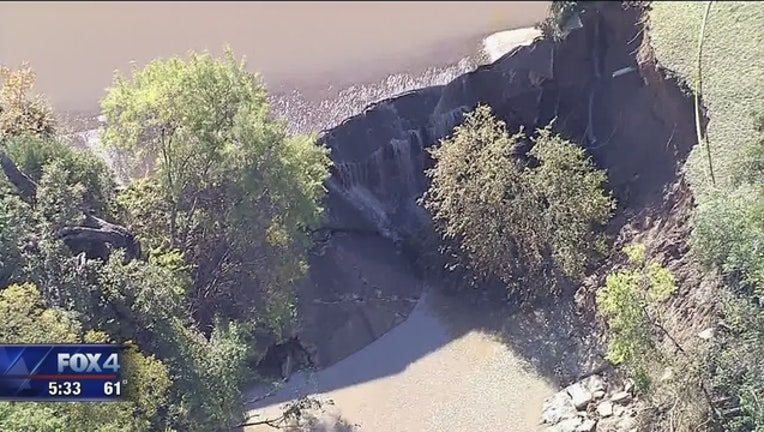 ARLINGTON, Texas - The city of Arlington is working with homeowners to figure out what to do about a crumbling, privately-owned dam in their neighborhood.

Residents said the dam has been deteriorating for years. But with all the recent rain and subsequent erosion, it’s now crumbling.

Workers made a cut on the side of the dam to slowly release water and hopefully prevent it from failing. The water level in the lake is now lower and less threatening.

Homeowners in the neighborhood are working with the city to come up with a more permanent solution. Cost estimates for a fix are as high as $1 million, and that would fall on a couple dozen homeowners around the lake.

Even if the dam does fail, the city doesn’t believe any homes downstream will be in danger. Instead, streets could flood and culverts could overflow.