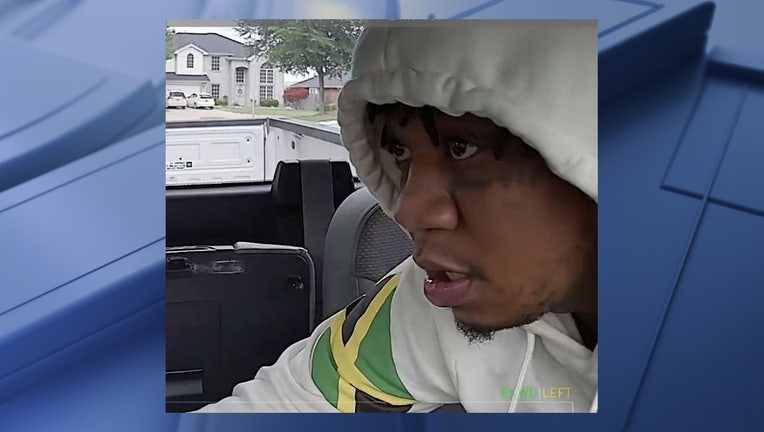 This happened back on April 29, in a neighborhood in the 2400 block of Garden Creek Drive, near 360 and Green Oaks Boulevard.

The video shows the suspect breaking the driver's side window and climbing inside. The video was captured by a camera mounted inside of the truck.

He rifled through several papers in the seat and the console, before taking a backpack from the backseat.

Police said he also took a gun and money that were inside of the truck. He then jumped back into the backseat of a getaway car that is described as a newer Toyota RAV4.

The suspect was wearing a Jamaica-themed white hoodie.

The video was captured by a camera mounted inside of the truck.