Arlington restaurant covers 'Russian' in their sign after receiving threats

The owner of a European restaurant says his location has been receiving threats ever since the Russian invasion of Ukraine.

ARLINGTON, Texas - The owner of a European restaurant says his location has been receiving threats ever since the Russian invasion of Ukraine.

The restaurant features a gift shop the owners called a "Russian" gift shop for years. He blacked out the word Russian from the sign to stop the threats.

Taste of Europe was highlighted on Food Network for their Eastern European and Russian cuisine.

This week, they are once again in the spotlight, but for the word Russian on their sign as the war against Ukraine continues.

As Russian aggression against Ukraine increased this week, here in North Texas, pressure ramped up on a local restaurant.

Taste of Europe has been in Arlington since the early 2000s.

The sign outside now has the word Russian blacked out. 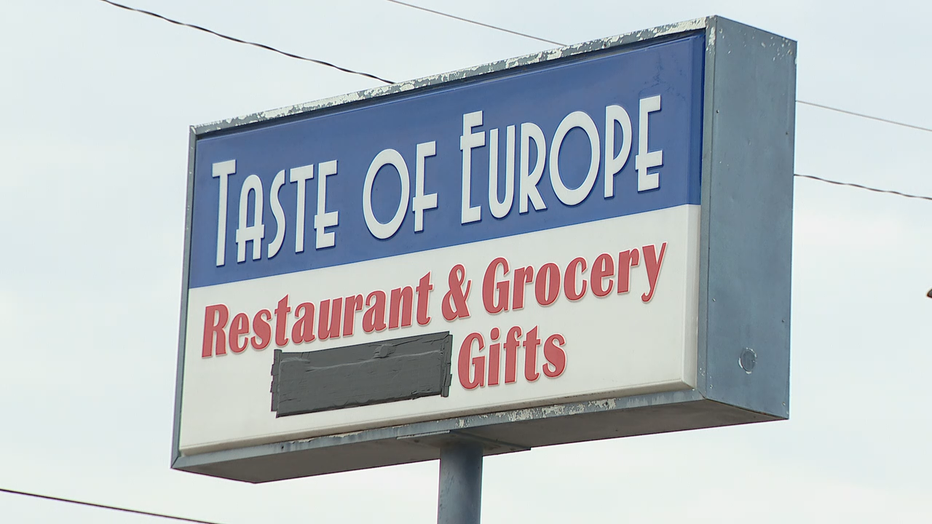 "Random people calling us on private numbers, yelling at us on the phone saying they hate us. Threatening vandalization," explained Tsalko, who took over the restaurant and store his grandfather started.

His family is from Belarus. Tsalko said the word Russian was used years ago as a known location for customers looking to buy food from that region.

"The Russia part was a general location, for a general region for people to know where things were coming from," he said. "It wasn’t specific that it was just Russian gift, it was the entire Slavic area."

But the gift shop featured specifically Russian items in the past.

A video from 2016 shows Russian nesting dolls for sale, and what appears to be Russian military uniforms on display.

None of those items were on display Friday when FOX4 visited Taste of Europe.

A Ukrainian flag was displayed on the front window.

Inside the restaurant, there was a handmade sign depicting the Ukrainian flag with the words "Stop War." 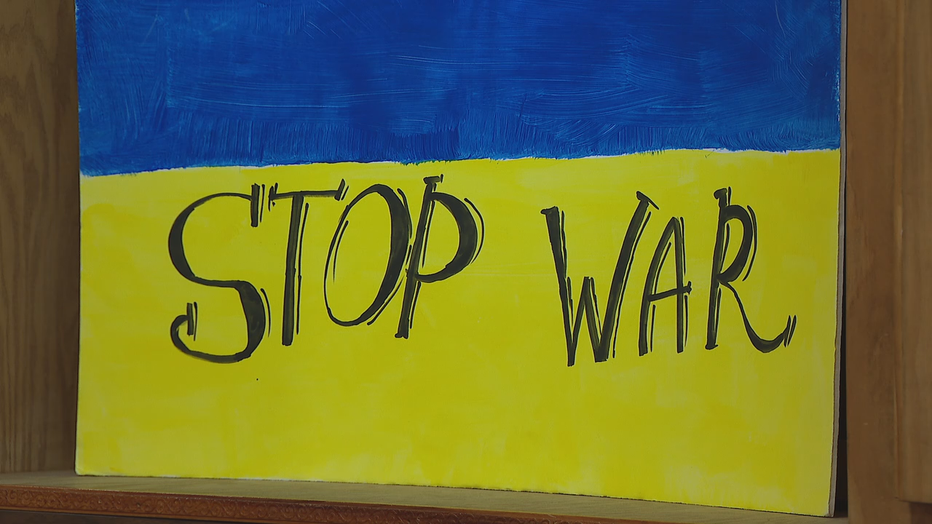 RELATED: North Texas non-profit seeking help as they get Ukrainian refugees to safety

"We have family over there on that side of the world, we have friends from there, our prayers are out to them, we stand with them," Tsalko said.

Tsalko said he wants it to be clear about where the restaurant stands during this conflict.

He even made sure to highlight items on the menu and the country of origin for each recipe, according to him.

"The Borscht we make, it says traditional Ukrainian. We have a Ukrainian recipe, before it would just say Red Beet soup Borscht, now very specific," he added.

Tsalko said a rebranding plan had already been in the works, but he wanted to make some immediate changes out of safety to his employees.

"Nothing has happened, but we don’t want to risk it for our staff," he said.

Even with the changes, Tsalko said they continue to get a few messages from people.

He said likely none of them have ever eaten at the restaurant before.