A North Texas based non-profit called ServingHIM has a large network of churches that are now working to get the refugees into safe places to live.

Many North Texans are stepping up to provide financial resources to help Ukrainian refugees.

A North Texas based non-profit called ServingHIM has a large network of churches that are now working to get the refugees into safe places to live.

And with most of the men needing to stay back to fight the Russians, there is much to be done for the women and children now uprooted and on their own.

Krokhmal is a mother of three children, ages seven, five, and three.

Worried about their safety, her husband drove them from the Odessa region, to the Moldova-Ukraine border, and then said goodbye so he could stay to help others.

"My heart is hurt, because my husband in Ukraine," Krokhmal said.

Krokhmal is staying with Pastor Alex Malancea and his wife from Holy Trinity Christian Center in Moldova, while Malancea heads to the border each day to help more refugees.

There is a long line of cars at the border, while many more don't have cars.

"They walk 40 kilometers to get to the border because the transportation can't get closer," he explained.

Pastor Malancea and a network of doctors are using a mobile clinic set up by the North Texas non-profit called ServingHIM.

"Some mom comes to ask us, ‘May I change the diaper to my baby because outside is cold,’" he said.

ServingHIM is also providing financial resources for a church and medical team in Romania.

One of the refugees they are helping is a pregnant mother of two, who is now a widow.

"When the attack started, and she heard the bombs and rockets everywhere, she just flew to Romania," Pastor Iosua Faur said. "Her husband was left behind, but she was able to speak to him by phone for a while, and then she found out he was killed," Pastor Iosa Faur said. 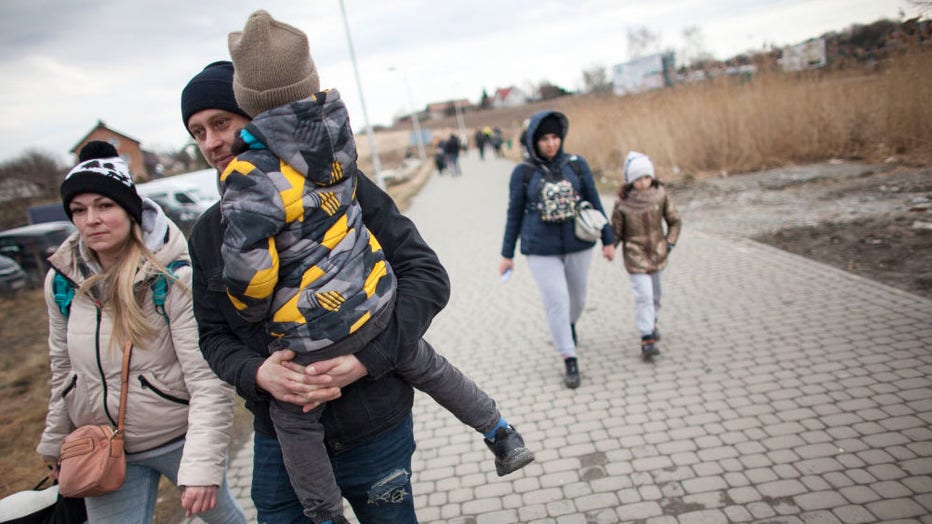 The vice president of ServingHIM is calling on other North Texans to provide financial help to Ukrainians.

"It should touch our hearts, these are brothers and sisters in terms of the faith community," Lorne Book said. "A lot of the refugees our churches are receiving have been strategically organized from their home churches in Ukraine, and I know that's something important to North Texans."

Dr. Kevin Seidler, a dentist in The Colony, founded the non-profit 25 years ago.

"The church has always been the hands and feet of God and to reach those in despair. That is where we are today. Needless deaths, families torn apart," Dr. Seidler said.

In addition to medical care, he said their goal is to provide hope.

"When you are talking about war, there is nothing more immediate than that," Seidler said.

He said Baylor Scott & White donated beds and other resources before the pandemic that they are able to use to give refugees a place to sleep.

Click here for more information on how to help Ukrainians through ServingHIM.