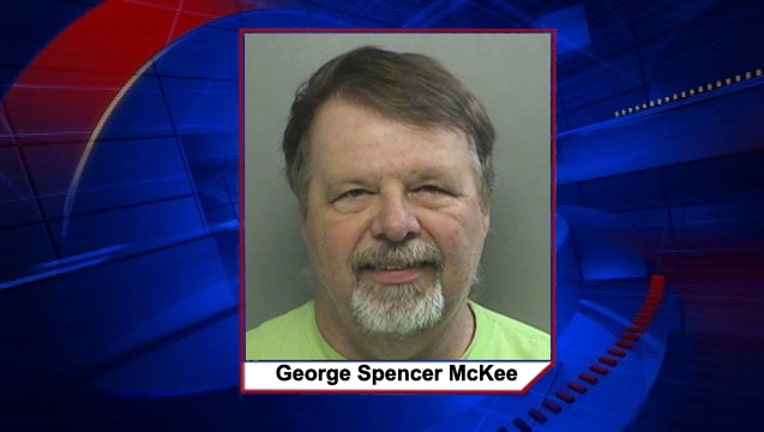 An Arlington ISD employee was recently arrested and charged with possession of child pornography.

George Spencer McKee, 56, was charged, according to police.

McKee works at Boles Junior High as a campus technology manager. He reportedly began working there in May 2014.

He also reportedly has held roles with Boy Scouts of America.

Police were called to the Arlington ISD Administration Building earlier this month after a thumb drive was found at a meeting.

Another Arlington ISD employee checked to see what was on the flash drive in hopes of returning it to the rightful owner.

Pornographic images of children were found on the flash drive.

Police say they don’t believe the images are of any Arlington ISD students or children he may have met through Boy Scouts.

Police added that Arlington ISD and Boy Scouts officials are cooperating with investigators.