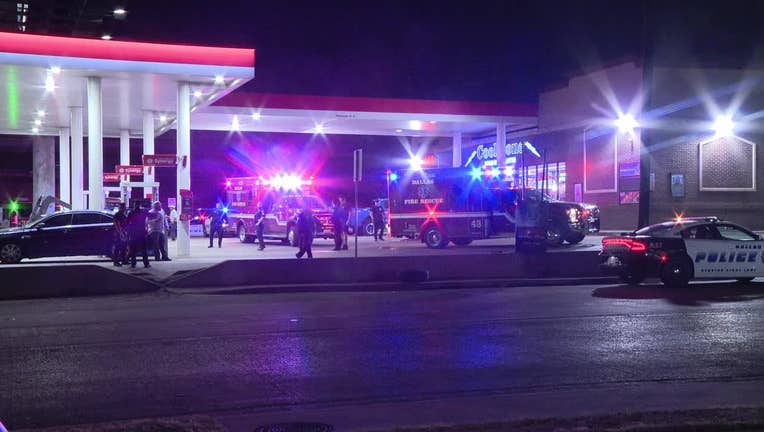 DALLAS - Police are investigating after they say an argument inside a northwest Dallas convenience store turned deadly.

It happened just after midnight Friday at the Cool zone off Royal Lane. Officers found two men in the parking lot with gunshot wounds when they responded to the store.

They believe the two victims got into an argument with a third person inside the store. The altercation moved outside where the suspect pulled out a gun and opened fire.

Kennedale police, US Marshals look for murder suspect believed to be involved in shooting at car wash

The suspect fled on foot and has not yet been arrested.

Both victims were taken to the hospital where one man died and the other is in critical condition.

Police have not released any suspect information or a motive.