A Dallas County grand jury indicted Yaqub Talib in the deadly shooting of a Lancaster football coach during a game last month.

LANCASTER, Texas - The family of a Lancaster youth football coach who was shot and killed after a fight following a game earlier this year is suing former NFL cornerback Aqib Talib, his brother Yaqub and the Big XII Youth Sports league.

Michael Hickmon's family is seeking more than $1 million in damages in his death.

Hickmon, the coach of the Dragons Elite Academy 9 and under football team, was shot and killed after a game at Lancaster Community Park on August 13, 2022.

READ MORE: Aqib Talib's brother turns himself in to police after fatal shooting at football game in Lancaster 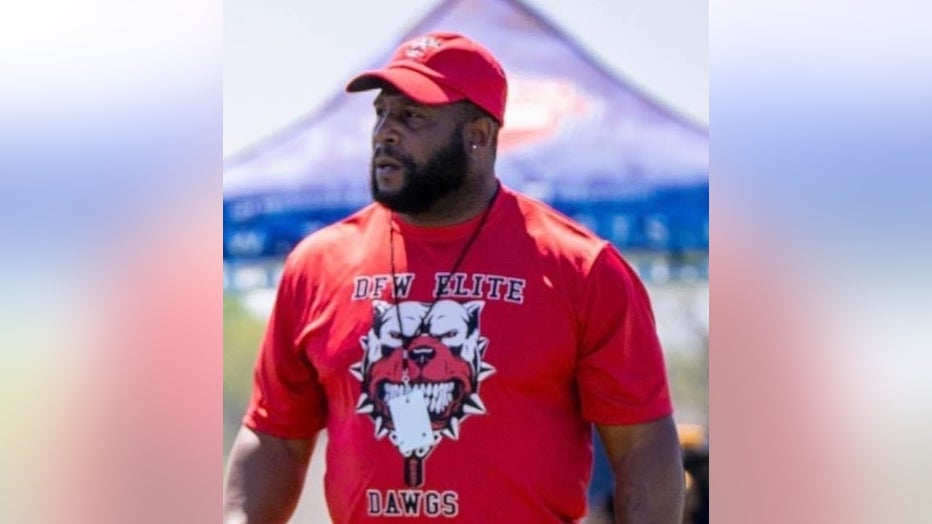 According to the lawsuit, tensions were high during the game, including fights between players.

The game was called off as Bobcats coaches, which included Aqib and Yaqub Talib, became physically and verbally abusive, according to the suit.

Hickmon went to the Bobcats sideline to retrieve a football, according to the court filing, when he was allegedly punched by Aqib Talib and shot by Yaqub Talib multiple times.

The lawsuit claims the Big XII Sports League and Family Services failed to vet coaches and provide a safe and secure environment for its participants.

Police are searching for a man accused of a fatal shooting at a youth football game in Lancaster Saturday night.

Yaqub Talib was charged with murder following the shooting.

Hickmon's family says the money will pay for medical and funeral expenses, and compensate for "past and future pain and mental anguish."

A date for Yaqub Talib's murder trial has not been set at this time.