CORINTH, Texas - The FBI arrested a man in Denton County on charges linked to the storming of the U.S. Capitol last month.

According to a criminal complaint, images of 32-year-old Daniel Goodwyn inside the Capitol were posted on social media and are being used as evidence in the case. 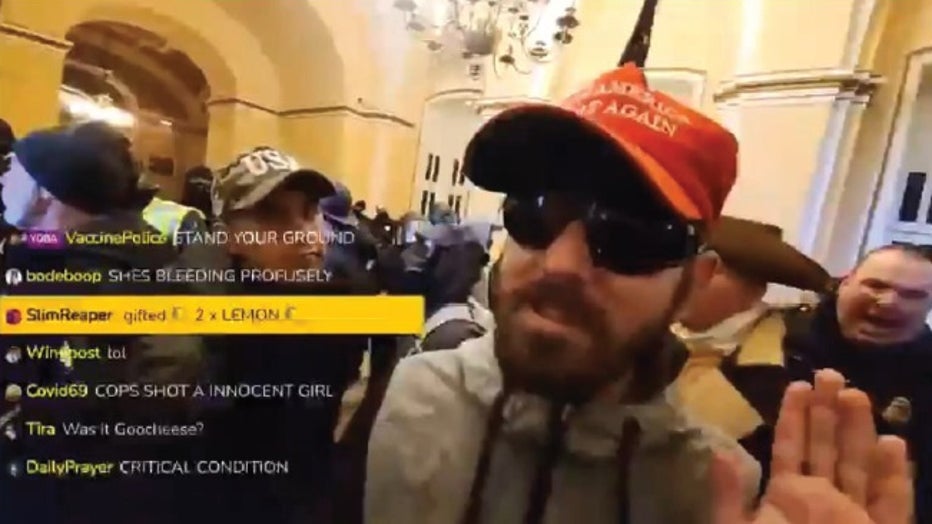 Investigators say Goodwyn, who is a self-proclaimed member of the Proud Boys, a far-right nationalist group, is from California but was staying with family in Corinth.

Goodwyn is charged with knowingly entering or remaining in any restricted building or grounds without lawful authority as well as violent entry and disorderly conduct on Capitol grounds.