Police say the officer who organized the pyramid scheme admitted he was operating what he called a "blessing circle."

DALLAS - Police say the officer who organized the pyramid scheme admitted he was operating what he called a "blessing circle."

After a yearlong investigation, the accused officer now faces a felony. Plus, an internal investigation revealed a dozen more DPD officers were involved.

Dallas police say their own Officer Reginald Jones, 58, is accused of organizing a pyramid promotion scheme.

Officer Jones has been with the Dallas Police Department for 19 years.

Dallas police revealed 13 additional officers and a civilian employee are suspected of participating and promoting the pyramid scheme. 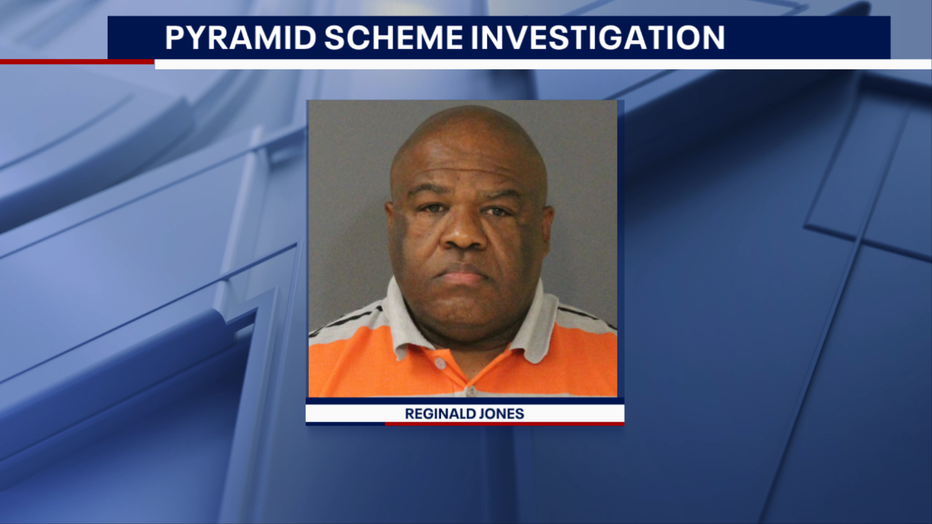 According to an arrest warrant affidavit, Dallas PD was alerted one year ago that Officer Jones was "recruiting individuals to pay money to participants and then recruit new participants in order to receive money in return."

In an interview with detectives earlier this year, Jones stated participants would pay into "$100, $500, or $1,400 ‘gifting circles’ through Cash App."

Criminal defense attorney Russell Wilson is not associated with this case.

"It’s not any new money. There’s no pot of gold at the end of the rainbow," he said.

Wilson views Jones’ explanation to police as textbook pyramid scheme that would eventually give out.

"There’s a theme. So here, the theme is you are receiving blessings," Wilson explained. "And in order to receive a blessing, you have to give a blessing. But you receive your blessing four- or five-times fold. So if you put in $100, later on when you are blessed, you may get $500."

According to the affidavit, participants would also "bring in at least two new people in order to be blessed by eight people."

After searching Jones’ cell phone, detectives uncovered Jones was trying to recruit civilians while on the job.

Police say more than a dozen of the participants are Jones' colleagues at the South Central Patrol Division in Oak Cliff, including multiple with higher ranks.

"They sound lucrative," Wilson said. "When they are committed by people of authority, people are often willing to engage with that trust factor."

Dallas police issued an arrest warrant for Jones last week. He turned himself in and bonded out.

It’s still unclear if the dozen officers will face any charges and what charges.

All of the officers involved are all on administrative leave.