Fort Worth police have released the arrest warrant affidavit that provides more information about the night Atatiana Jefferson was shot and killed by ex-police officer Aaron Dean.

FORT WORTH, Texas - Fort Worth police have released the arrest warrant affidavit that provides more information about the night Atatiana Jefferson was shot and killed by ex-police officer Aaron Dean.

According to the arrest warrant affidavit, Jefferson had been playing video games with her 8-year-old nephew when police responded to her home early Saturday morning.

To this point, Dean has not provided his account of the fatal shooting, written or otherwise. But, investigators did interview Jefferson’s nephew about what happened. 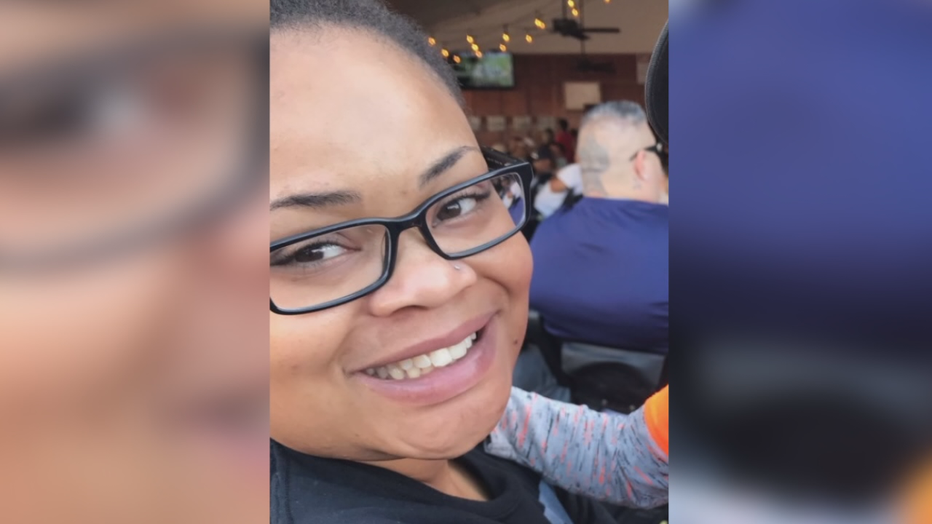 "It’s very emotional because the officers try hard every day to make this city better,” said Fort Worth Interim Police Chief Ed Kraus in a Tuesday press conference. “Please do not let the actions of one officer reflect on the other 1,700.”

In a somber moment, Chief Kraus updated the latest developments on the weekend shooting.

"There’s absolutely no excuse for this incident,” he said. “And the person responsible will be held accountable."

Body camera video shows Dean arriving at the home and looking through a set of glass storm doors, but he never announced his presence.

The video shows the moment Dean yelled from the backyard of the home at a person who appeared in the window. The affidavit notes three times that neither officer ever identified themselves, and Dean immediately fired his weapon through that window, killing Jefferson.

Jefferson’s nephew said his aunt “heard noises coming from outside and she took her handgun from her purse.” She raised her handgun and pointed it toward the window. Then she was shot and fell to the ground, the affidavit states.

Affidavit: Atatiana Jefferson pulled handgun from purse because she heard noises in her backyard

To this point, Dean has not provided his account of the fatal shooting, written or otherwise. But, investigators did interview Jefferson’s nephew about what happened.

Chief Kraus said a possible breakdown in communication about the neighbor’s initial call for a wellness check is being examined.

“They believed they were responding to an open structure call, and not just the welfare check,” he said. “We are looking at bringing in an independent third party group to come in and evaluate our policies, our practices and our training to make sure that we are above best practice standards.”

Chief Kraus says they are looking into several aspects being called into question internally. Including the early decision to release a photo of the weapon found inside Jefferson's home near her body without providing context.

The chief on Monday said Jefferson was a licensed gun owner, and from the affidavit, it appears possible she was holding it in self-defense.

"The gun was found just inside the room,” Kraus said. “And it would make sense that she would have a gun if she felt threatened."

A gesture of compassion played out Tuesday afternoon at the home of Fort Worth Race and Culture Task Force Member Cory Session. Mayor Betsy Price and Chief Kraus met with members of Jefferson's family to offer their condolences and learn more about her life.

"It's a tragic situation and we're moving forward as best we can,” the mayor said. “We've done everything possible, and we're working on more.”

Chief Kraus indicated the department’s major case unit has turned the case over to the Tarrant County District Attorney’s Office while it tries to rebuild trust and confidence in the community.

Jefferson’s siblings also addressed the media Tuesday morning. While they think the arrest and murder charge are appropriate, they want the investigation to go deeper and believe a change in police training is crucial.

Attorney Jim Lane is said to be representing Dean, but he declined to comment on the case.