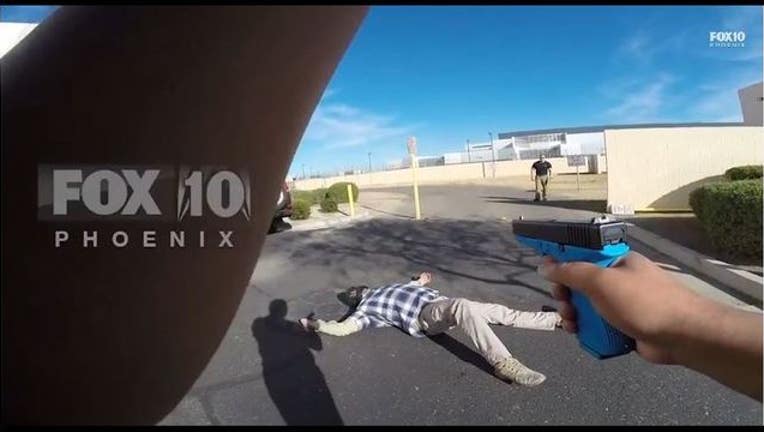 PHOENIX (KSAZ) -- We've seen protests all across the country after police officers have been accused of shooting people who aren't armed.

But what would happen if one of those protesters looked at what it's like to wear a badge, and be put in a life or death situation.

Jarrett Maupin has been very vocal during the recent protests, leading marches on the Phoenix Police headquarters after officers shot an unarmed man who reportedly fought with them.

He agreed to go through a force on force training with the Maricopa County Sheriff's Office and went through three scenarios where you have to decide to shoot, or not to shoot.

Watch what happened in this YouTube video or read the full story from FOX 10 Phoenix.