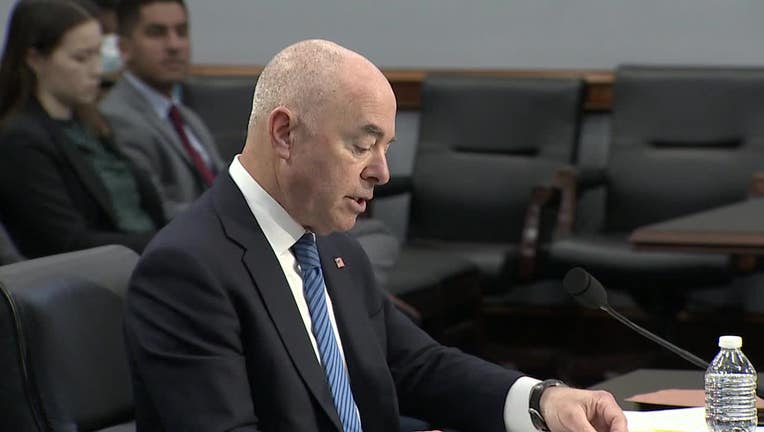 "A Texas Republican has started the process to impeach the secretary of Homeland Security over border security" was first published by The Texas Tribune, a nonprofit, nonpartisan media organization that informs Texans — and engages with them — about public policy, politics, government and statewide issues.

The articles of impeachment came in late Monday but were originally filed Jan. 3. They were delayed because of the prolonged House speaker vote.

The move comes days after President Joe Biden visited the border and announced a new immigration plan that would allow 30,000 migrants from four countries — Cuba, Haiti, Nicaragua and Venezuela — to enter the U.S. monthly, but only if they apply from their home country and can find someone to support them economically in the U.S.

Biden also announced that immigration agents would expand the use of the emergency health order known as Title 42 to expel the same number of migrants from those four countries to Mexico if they attempt to enter the U.S. illegally.

Mayorkas is meeting with officials in Mexico this week on a variety of issues, including the Biden administration’s shared migration agreement, in which Mexico would also accept 30,000 migrants each month from those four countries.

Fallon’s resolution also claims Mayorkas lied to the House Judiciary Committee and the House Homeland Security Committee in 2022 by testifying that the southern border was under control.

"Secretary Mayorkas has violated the law and has implemented policies that undermine law enforcement activities at our southern border. … His willful actions erode our immigration system, undermine border patrol morale, and imperil American national security. He must be removed from office," Fallon’s office said in a statement.

The resolution was expected under GOP control of the House but won’t move forward without further action from party leadership.

This article originally appeared in The Texas Tribune at https://www.texastribune.org/2023/01/10/pat-fallon-gop-rep-impeach-homeland-secretary-alejandro-mayorkas/.