The Texas Legislature reconvened Tuesday with a record amount of revenue for the budget and a record surplus on top of that.

DALLAS - The Texas Legislature reconvened Tuesday with a record amount of revenue for the budget and a record surplus on top of that.

Lawmakers are working with a record-breaking budget surplus of $32.7 billion on top of the $188.2 billion already in the budget.

The session opened with procedural matters.

Beaumont Republican Dade Phelan was elected for another term as House speaker.

Gov. Greg Abbott and Lt. Gov. Dan Patrick have both said that money should help with property tax relief, but they seem divided on the details.

Texas: The Issue Is - How Texas should spend its $30B budget surplus

From property tax breaks to investing in projects for the future of Texas there are differing opinions about how money from the Texas budget surplus should be spent. FOX's Greg Groogan, Rudy Koski and Steven Dial discuss their thoughts.

SMU economist Mike Davis says the state is in excellent financial shape but added that the surplus comes at a cost.

"It's good news because people have been moving to Texas. The Texas economy has been growing. That all contributes to sales tax revenues especially. So that's great," he said. "The bad news, though, about the surplus is a lot of it's a consequence of inflation."

Gov. Abbott wants to use half of the budget surplus for property tax relief.

But Lt. Gov. Patrick wants to take a more cautious approach, warning the legislature could not spend half of the surplus without busting its self-imposed spending cap.

"Some differences of opinion between the governor, the lieutenant governor and various legislators about exactly how much money is available for that and how it should be pursued," Wilson said.

There's a variety of factors to consider.

Cutting property taxes would help homeowners but not necessarily renters who are also dealing with ever-increasing rents.

When you take into account a large portion of the surplus comes from revenue generated by sales tax paid by all Texans.

Some property tax relief might come in the form of education spending: more money budgeted for schools would encourage school districts to lower their tax rates.

But there are other key issues for lawmakers to consider, like infrastructure upgrades and border security.

"I think it’s going to be a central focus of this legislative session as well," Wilson said.

It’s also unclear how much homeowners would even notice a property tax cut in the form of a homestead exemption.

Lawmakers will decide whether to continue spending billions of dollars on Gov. Abbott’s Operation Lone Star. It costs an estimated $2 million a week.

Democrats argue it’s not needed. Some Republicans also say it’s too expensive and should be paid for by the federal government. 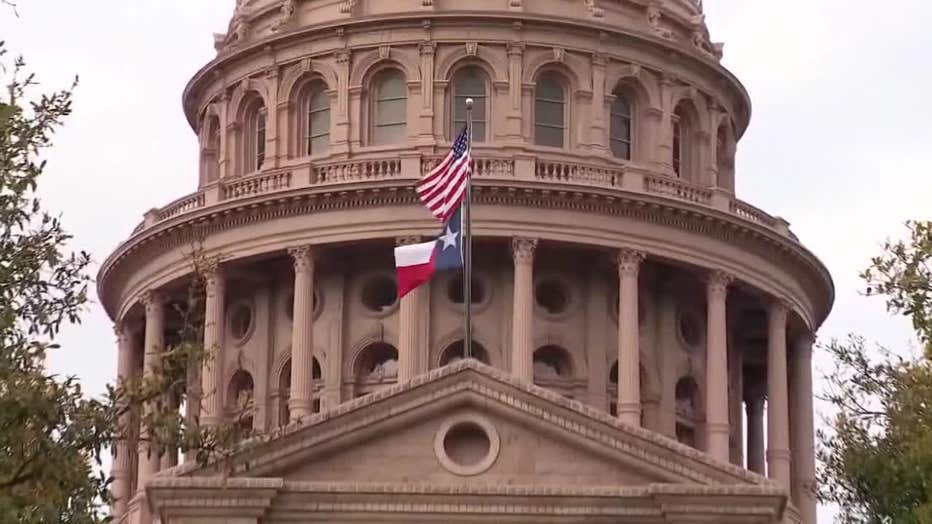 While Democrats will push for gun reform, it’s not likely because Republicans control both chambers.

The 88th legislative session runs through the end of May.