Three innocent people were killed in a crash overnight in West Dallas.

DALLAS - Three innocent people were killed in a crash overnight in West Dallas.

The crash happened around 1:30 a.m. Monday near at North Hampton Road and Singleton Boulevard.

Dallas police say a 23-year-old man speeding in an SUV had been drinking. The man was driving at a high speed westbound on Singleton. He ran a red light and hit the vehicle carrying the three people who died. 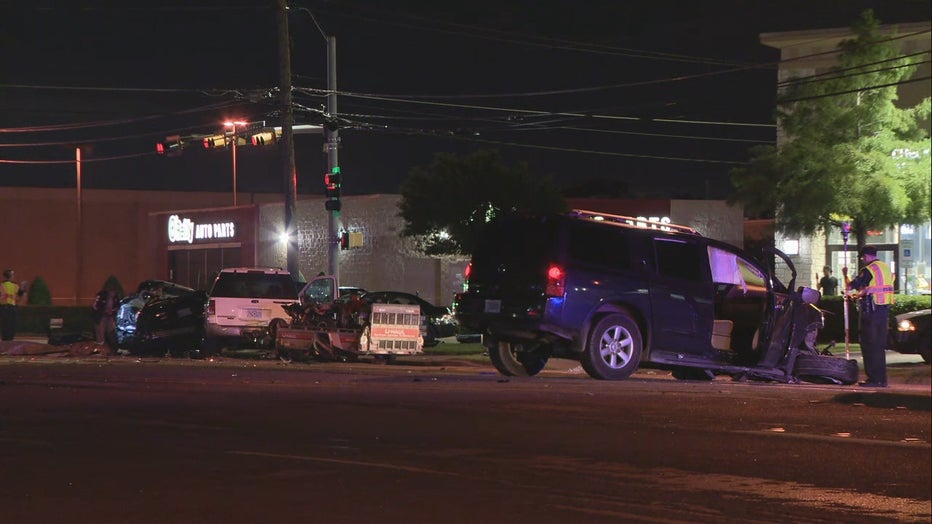 A 42-year-old in the passenger seat was taken to the hospital with serious injuries. That vehicle hit two other vehicles near the intersection. One was driven by a 16-year-old with only minor injuries.

The victims are a 47-year-old man and a 19-year-old woman killed at the scene. An 18-year-old woman also in that vehicle died shortly after arriving at a local hospital.

The man in the SUV faces three charges intoxication manslaughter and intoxication assault. His name has not been released.