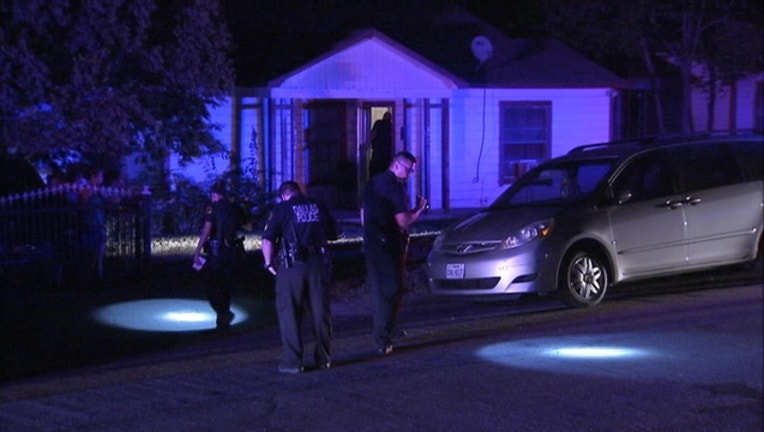 They were in a duplex off Lovett Avenue in Pleasant Grove around 2 a.m. Tuesday when they were hit.

Police said one man was shot in the leg and a woman appears to have been hit by bullet fragments. Both were taken to the hospital for treatment.

Police believe the man and woman were in the wrong place at the wrong time. Evidence suggests there was a gun battle at a home across the street and the shooter attempted to fire at someone in the street. Bullets coming downrange hit both sides of the duplex, but no one in the other side was hurt.

Investigators are now working to find surveillance video and looking for suspects.