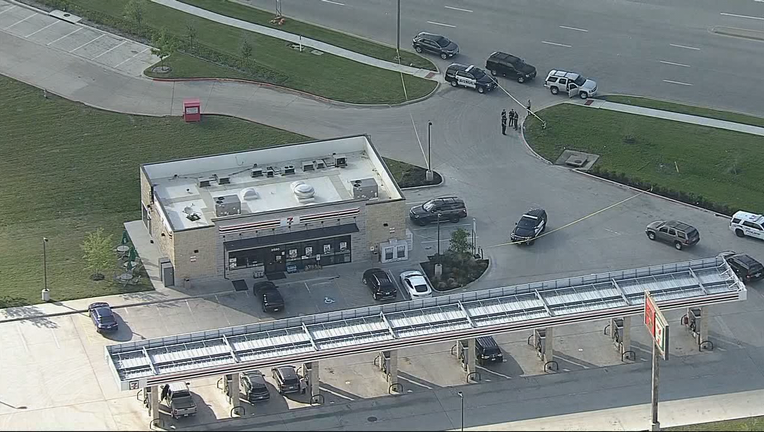 GRAPEVINE, Texas - Two men were arrested after a shootout in a gas station parking lot near the Grapevine Mills Mall Tuesday afternoon.

Two men in a white Nissan Altima exchanged gunfire with two men in a black Dodge Charger. Both cars then took off in opposite directions.

The men in the black car stopped in a nearby Jack in the Box parking lot. They were taken to a hospital with serious injuries and one was later arrested.

The driver of the white car was arrested after he asked a DFW Airport officer for help with his seriously injured passenger.

Police said they recovered guns and narcotics from the crime scene and believe at least one or maybe both men in each vehicle fired shots.

The charges against the two who were arrested are still pending. Additional arrests are possible, police said.

No names have been released yet.