Two Fort Worth police officers and one other person are hospitalized after a crash overnight. The quick actions of one of the officers likely saved them from greater injury.

FORT WORTH, Texas - Three people including two police officers were hurt in a hit-and-run crash overnight in Fort Worth.

The two officers were helping three stranded drivers early Thursday morning on Interstate 35 near Berry Street. Their vehicles had been damaged by debris on the interstate.

Police said another driver slammed into the patrol car, pushing it into one of the disabled vehicles. 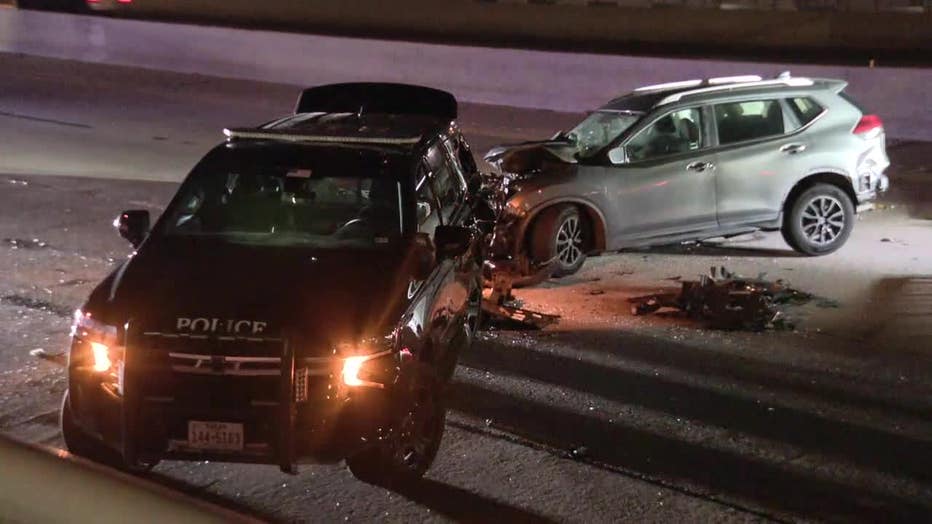 The two officers and the driver of one of the disabled cars were hospitalized. All of them are expected to recover.

Police said the quick action of one of the officers likely saved them from greater injury.

Even though he was injured, he pulled his partner and the injured driver out of the way just seconds before another car hit the wrecked vehicles.

That driver took off and has not yet been caught.

The driver who caused the crash did stop. There's no word on if that person was arrested.