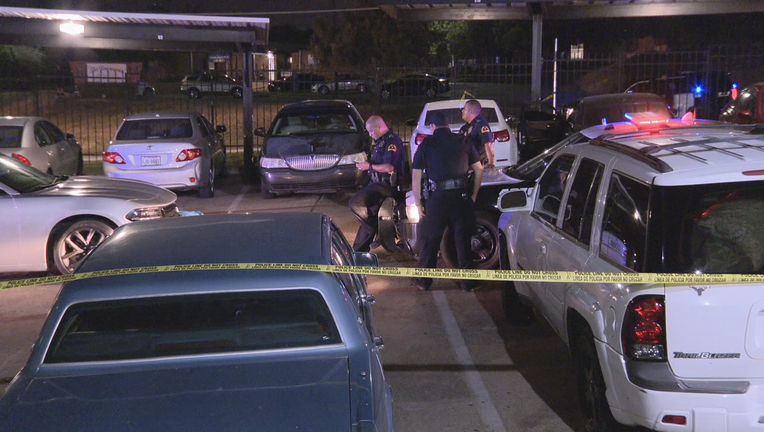 DALLAS - Two people are dead and a third person is in serious condition after a shooting in West Oak Cliff early Saturday morning.

Dallas police said the shooting happened just before 3:15 a.m., when officers were called to an apartment complex on Bahama Drive, west of Hampton Road.

Investigators found that there was a fight in the parking lot that ended in gunfire.

A 22-year-old woman, identified as Nancy Pahola Gomez Agustin, and a 22-year-old man were sitting in a vehicle, when police said 27-year-old Rolando Benitez drove up and caused a disturbance.

Police determined that’s when Benitez pulled out a gun and shot Agustin. The 22-year-old man tried to defend the woman and exchanged gunfire with Benitez. Both were hit by gunfire.

Agustin was pronounced dead at the scene, along with Benitez. The 22-year-old man was taken to a hospital in serious condition.