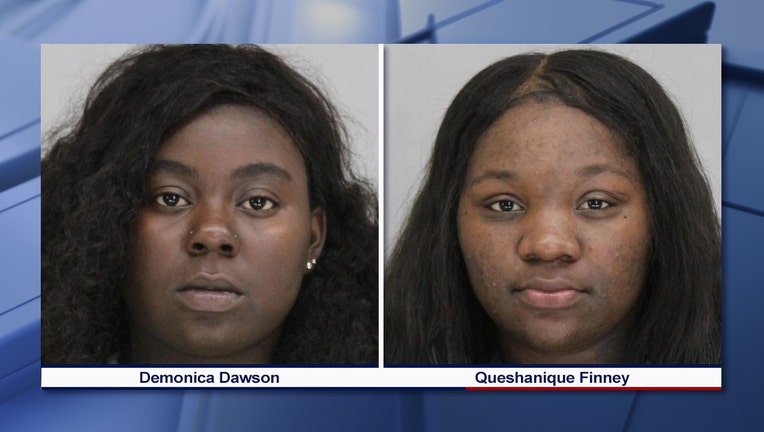 ROCKWALL, Texas - Rockwall police have arrested two 19-year-olds accused of using pepper spray to rob a mother who was with her two kids in a store parking lot.

Demonica Dawson and Queshanique Finney were arrested in Dallas. Both have been charged with robbery.

The attack happened Wednesday, just after noon, outside the Lowe’s in the 800 block of Steger Towne Drive.

The victim was taking her two small children, a 7-month-old and 2-and-half-year-old, out of the car to put them in a shopping cart, when a car drove up next to her and two women jumped out.

A relative of the victim said the suspects popped the car trunk, then slammed the victim up against her car.

Police said one of the robbers then sprayed the victim in the face with pepper spray and stole her purse, before leaving in a gray Nissan Altima.

Rockwall police said they had help from Dallas police to arrest Dawson and Finney Thursday afternoon.