19-year-old accused of killing 1, wounding another with 5-year-old in car in DeSoto tracked to Arizona

A 19-year-old is waiting to be extradited back to DeSoto after police determined he was responsible for a shooting that killed one and injured another while a 5-year-old in their car watched on in horror last week.

DESOTO, Texas - A 19-year-old is waiting to be extradited back to DeSoto after police determined he was responsible for a shooting that killed one and injured another while a 5-year-old in their car watched on in horror last week.

The shooting happened on May 15, as 34-year-old Randall "Scott" Thornhill and 29-year-old Heather French were sitting in a 2003 Mazda 3 with French's 5-year-old son in the 300 block of South Elerson Road.

The 5-year-old was being dropped off to his father, who lives and works at a farm, but his father hadn’t arrived back home yet. They were waiting in the driveway when police said McMaryion, who lives nearby with his parents, tried to carjack them and fired a gun.

Investigators found that McMaryion shot the boy's mother and stepfather while the three of them were in the parked car.

Thornhill died from his injuries. 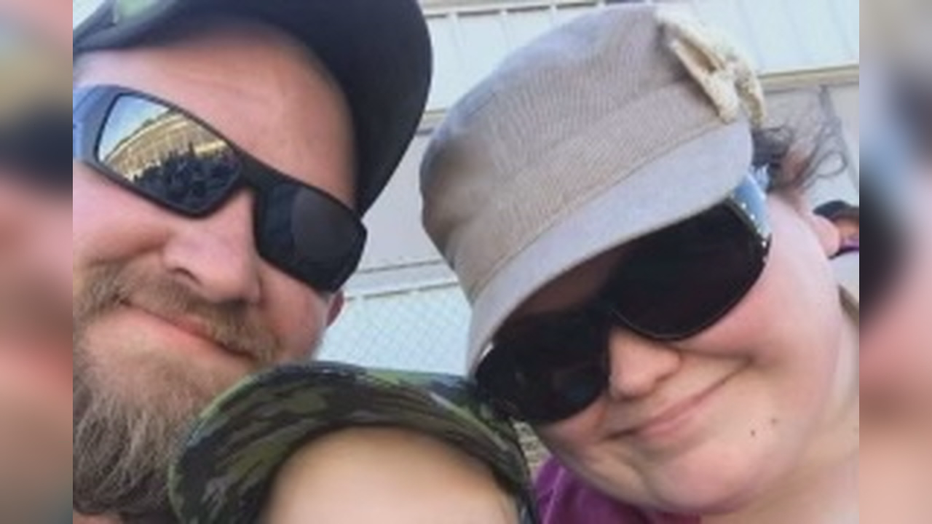 Ones who knew the victim are heartbroken. Police said he was an innocent victim, gone too soon.

"And so the victims were at our gate waiting to gain entry to drop off the little 5-year-old boy to his dad who lives on our property and works on our property as a ranch hand," family friend Myrinda Ramey said.

A neighbor’s security camera captured the sound of gunshots.

"According to Heather, he never said a word. The windows were up, he just fired through the window," said Nathan George, who owns the farm where the boy’s father works. "And then she saw him kind of disappear toward the back of the car and, of course, she was petrified with fear. She had the 5-year-old pressed down in the back seat. And she kind of laid there frozen for a little bit and then called 911 and had the boy climb out of the car and squeeze through the opening of the gate and take off and go knock on the door."

The child made it to the home and explained what happened.

Those at the farm said the boy visits his father every two weeks.

"And we tried to comfort him. I tried to get him to watch TV," Ramey said. "And we would just randomly look up at me and say, ‘There was blood everywhere.’"

"I know, had he pulled out a gun, they likely would’ve gotten out of the car and given it to him," George said. 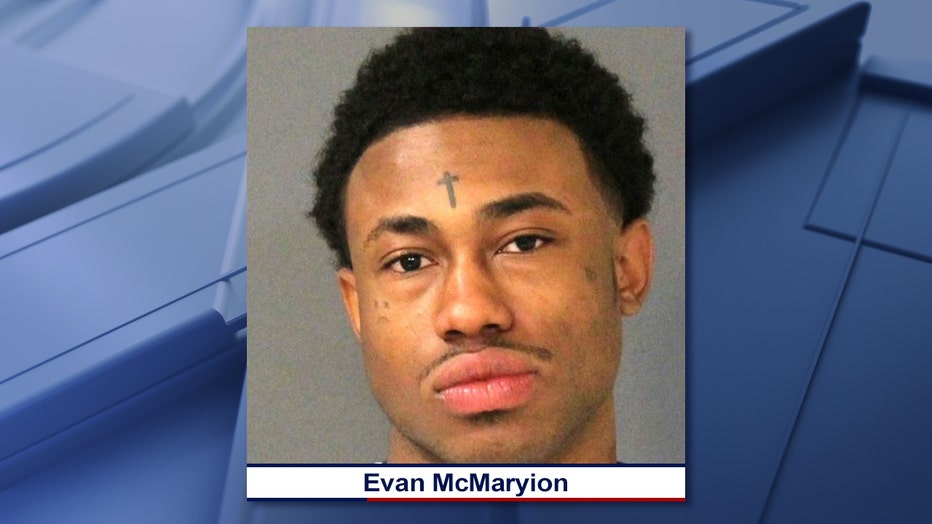 Police said they received nearby surveillance video, and were able to track McMaryion to Arizona, where he had already been taken into custody for another crime.

"He was operating a stolen vehicle that was stolen from the city of DeSoto," Costa said.

DeSoto PD detectives traveled to Arizona and interviewed him.

McMaryion has been charged with capital murder and aggravated assault with a deadly weapon. He is set to be extradited back to DeSoto to face those charges.