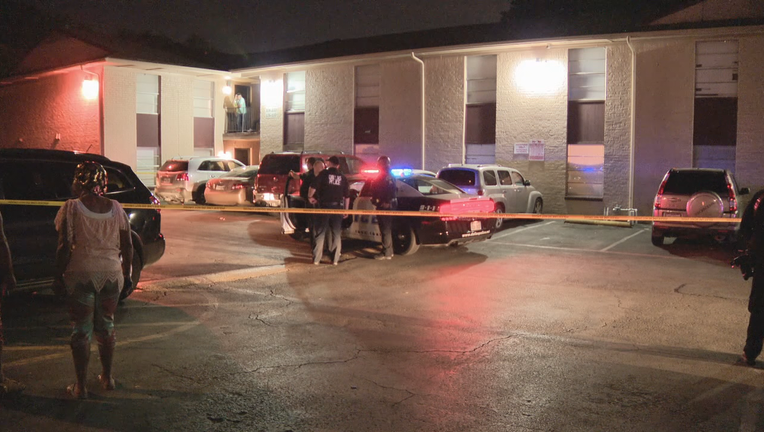 DALLAS - One person is dead and another is in the hospital after a shooting Saturday night in Dallas.

Police said the shooting happened just before 10 p.m., when someone walked up to a car in a parking lot in the 1300 block of S. Barry Avenue and opened fire.

A man, identified as 18-year-old Kobe Mascorro, died at the scene.

A woman was taken to a local hospital and is being treated for a gunshot wound. She's expected to survive.

No arrests have been made. Police are continuing to investigate.