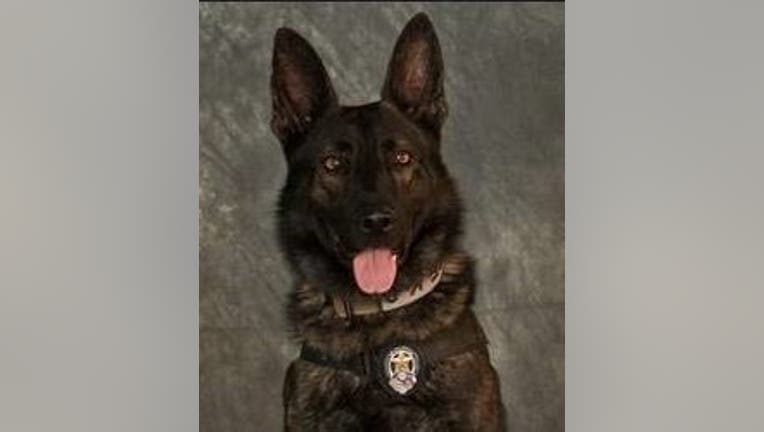 MESQUITE, Texas - Mesquite police said that a 16-year-old is being charged in connection with the death of the department’s K9 officer Kozmo.

K9 Kozmo was released to help track the suspects. Officers eventually found the suspects, but could not find Kozmo. The police dog was found dead after an extensive search.

A necropsy was conducted on Kozmo, and police said it found "trauma consistent with an assault."

This led police to charge one of the suspects, a 16-year-old male, with interference with a police service animal (causing injury or death), which is a second-degree felony.

Flags were lowered Monday outside the Mesquite Police Department as they mourn the loss of K9 Kozmo, who was recently recertified at the United States Police Canine Association regional trials.