An 11-year-old boy was hurt when someone fired into the home where he lives with his grandmother.

DALLAS - An 11-year-old boy was hurt when someone fired into the home where he lives with his grandmother.

It happened just after midnight Friday at a house on Carpenter Avenue, a few blocks south of Fair Park.

In the middle of the night, Jackson jolted awake to several gunshots outside.

"I panicked. I was like, ‘Oh my God, oh my God, what happened? How did this happen?’" she recalled.

She eventually made her way to her front door to find out what was going on.

"And when I came to the door, all of this glass just fell in, it was shattered," she said. "And when I cut the lights on, that’s when I could see my house had been shot up on the inside." 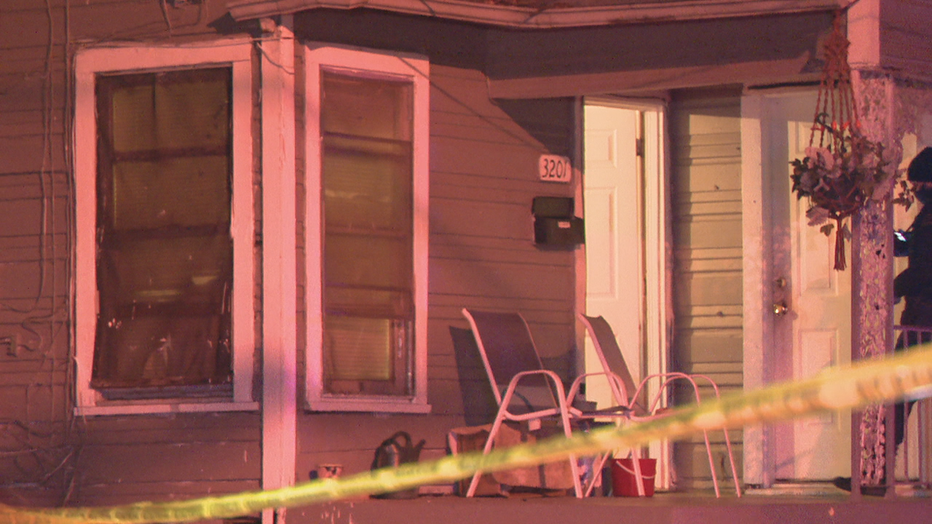 Next door, Linda Hersi and her grandson were hiding together in her room.

"Before I could get to him, he sprinted back to where I was, and I told him go back there and get in my bed. I said somebody’s shooting," Hersi recalled.

Hersi’s 11-year-old grandson, Jakyre, was sleeping in the front room and didn’t realize at first he’d been shot.

"I turned that light on and saw that blood. I ran through the house and grabbed my baby, I probably scared him. I was pulling at his clothes, checking him from head to toe trying to see where all that blood came from. Because I knew then he’d gotten shot," Hersi said. "Then I noticed where he put his little foot, it was blood."

Hersi said her grandson had surgery to remove the bullet from his foot, but is expected to be okay.

While it is still early in the investigation, police and the victims believe the shooter may have targeted the wrong house.

Jackson counted more than 10 bullet holes in her home, including a few in the room where she was sleeping.

Dallas police reassured both families they’d be sending officers to regularly drive by the neighborhood.

Investigators are also checking with other neighbors to see if anyone captured surveillance footage of the shooter, but so far, haven’t had any luck.

"I don’t understand that, we don’t mess with nobody, we don’t do nothing," Hersi said.

"I feel blessed, nothing’s by luck, it’s all by the grace of God. I’m blessed it didn’t hit me, but it could have. It could’ve went the whole opposite way," Jackson said.

The family doesn’t know when the boy will be able to come home.

Neighbors said they didn’t get a good look at the shooter's vehicle, and police haven’t released a suspect description.