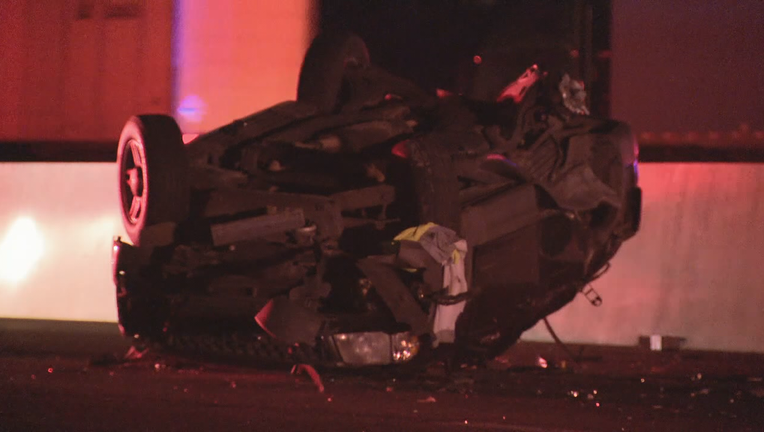 LANCASTER, Texas - One person is dead following a wreck on I-20 in Lancaster early Saturday morning.

Witnesses said an SUV was traveling eastbound on the interstate, just before University Hills Blvd., when it crossed into the westbound lanes, flipped onto its roof, and was then struck by another vehicle and an 18-wheeler.

The driver of the SUV was killed.

Police are investigating what led up to the crash.