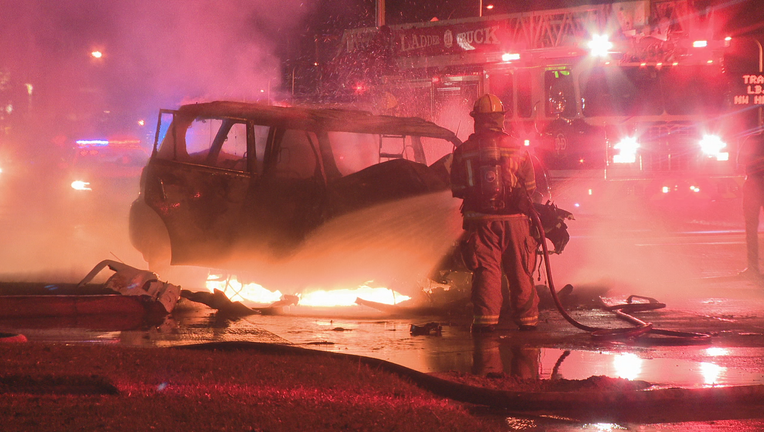 DALLAS - One person is dead after a fiery crash in North Dallas early Thursday morning.

Police said the driver of an SUV lost control on northbound Dallas Parkway, near Frankford Road, shortly before 1 a.m.

The SUV hit a utility pole and two trees before catching fire, killing the driver.

There's no word on what caused the driver to lose control.