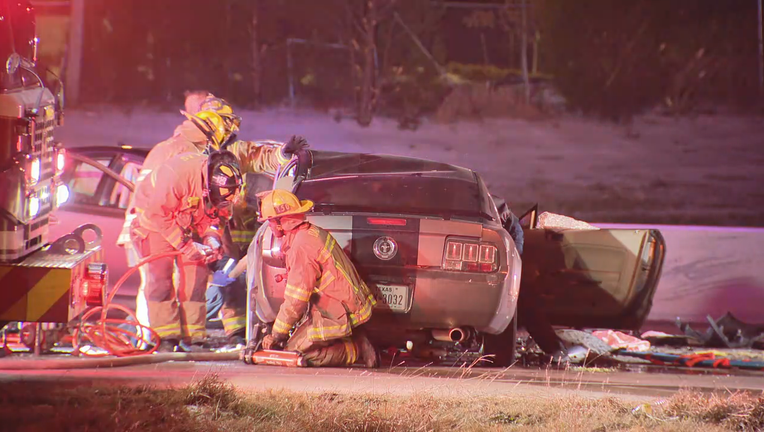 DALLAS - One person is dead and another is in critical condition following a crash on I-30 early Sunday morning.

Firefighters had to cut both drivers out of their vehicles.

One driver was pronounced dead just after 4 a.m., and the other driver was taken to a Dallas hospital in critical condition.

Dallas County Sheriff's Office deputies are working to determine the cause of the crash.

READ MORE: 1 dead, 1 injured in early morning wrong-way crash on I-35 in Dallas