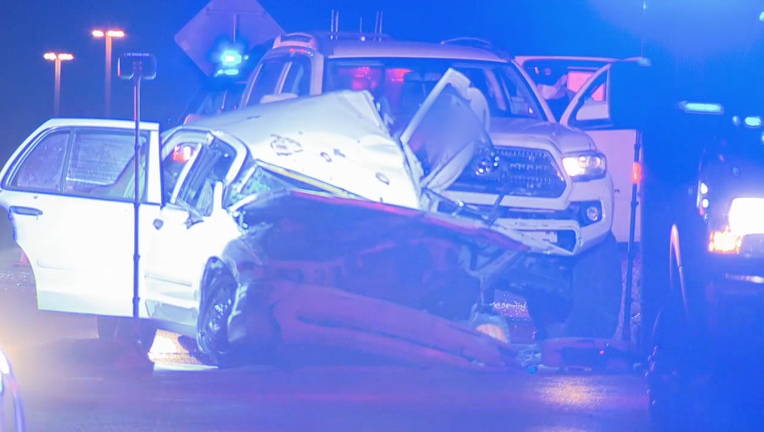 FARMERS BRANCH, Texas - One person is in critical condition at a local hospital after having to be cut from a vehicle after a crash early Sunday morning in Farmers Branch.

Two cars were involved in the wreck on LBJ, just before Luna Road, at 4 a.m.

Witnesses told officers that the driver of a white car was driving fast, when he lost control and struck the concrete barrier and then a pickup truck.

Police said one person was pinned inside their vehicle.

Firefighters were able to get that person out and transported them to the hospital in critical condition.