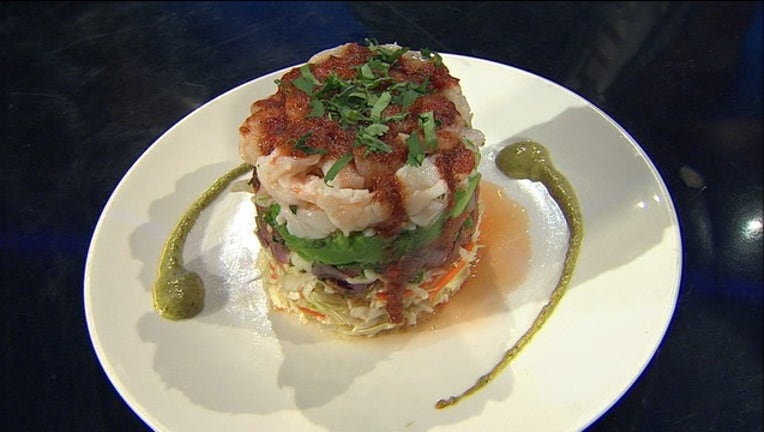 Eating healthier for the New Year? Try this recipe from Chefs Beto and Julian Rodarte from Beto & Son in Trinity Groves.

6 ounces fresh raw shrimp marinated (Details below)
Half an avocado, sliced
1 cup of Pico de Gallo (Make your own or buy your favorite at the grocery store)
1 cup of Mexican Slaw (Recipe below)
2 tablespoons of Mexican Cocktail Sauce (Recipe below)

Ready to Plate: Layer each component beginning with the slaw, followed by the sliced avocado, then a layer of Pico. Finally, top with the marinated shrimp. Drizzle with Mexican cocktail sauce and garnish with fresh cilantro.

Blanche shrimp in boiling water for 1-2 minutes until just cooked through. After blanching, allow shrimp to cool and add to the marinade for 30 minutes. Store until ready to plate.

Add 1 Cup shredded cabbage and 2 T. pickled red onions (optional) to the dressing and lightly toss to coat. Set aside until ready to plate.