Early morning showers are going to be followed by stronger storms later in the day on Monday.

The remnants of Hurricane Roslyn, which made landfall in Mexico on Sunday, is bringing a bit of rain to our area.

A severe thunderstorm warning is in effect until 11 a.m., some of the storms are producing winds up to 60 miles per hour.

While Roslyn's circulation has dissipated over Mexico, its limited moisture and upper-level energy are being pulled northward by the advancing cold front and overspreading the south-central U.S.

Damaging wind gusts are the main threat with these storms, but a couple of tornadoes are also possible, including after dark.

"The issue with severe weather at night, of course, it's too dark to see anything, so if something does pop up, like a tornado, within any of this area, it's going to be blowing through while you are sleeping," FOX Weather meteorologist Britta Merwin explained. "Also, we have fewer spotters that are outside. A lot of times when we are tracking Tornado Warnings, we rely on those spotter reports to really know if we have something on the ground, and it helps us track that tornado as it rolls through towns. That's not really an option if everybody is already at home sleeping." 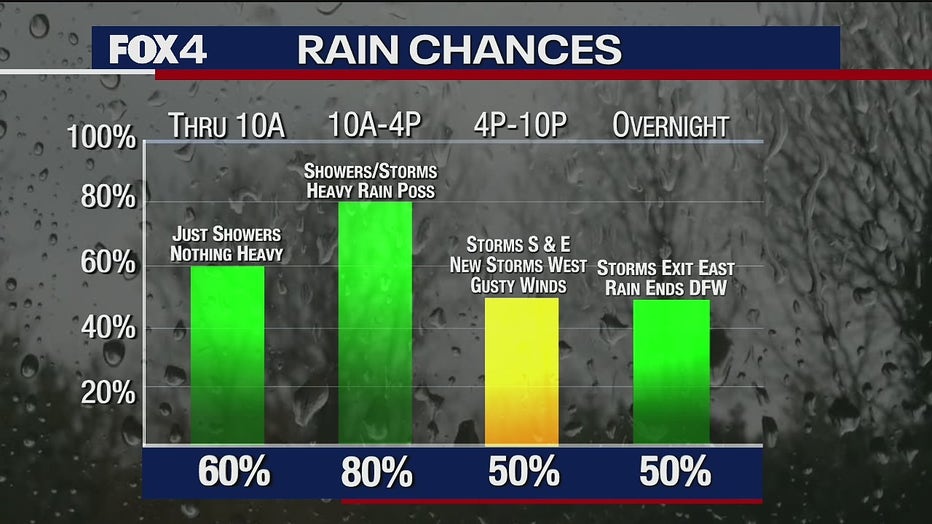 Widespread showers are expected across North Texas from the early morning hours until 10 a.m. There is not expected to be any lightning, nor severe storms.

MORE ON YOUR FORECAST HERE

A line of stronger storms is expected to develop around 10 or 11 a.m. in our western counties before moving into the Metroplex about noon or 1 p.m. The storms will bring heavy rain, but severe storm is not expected. 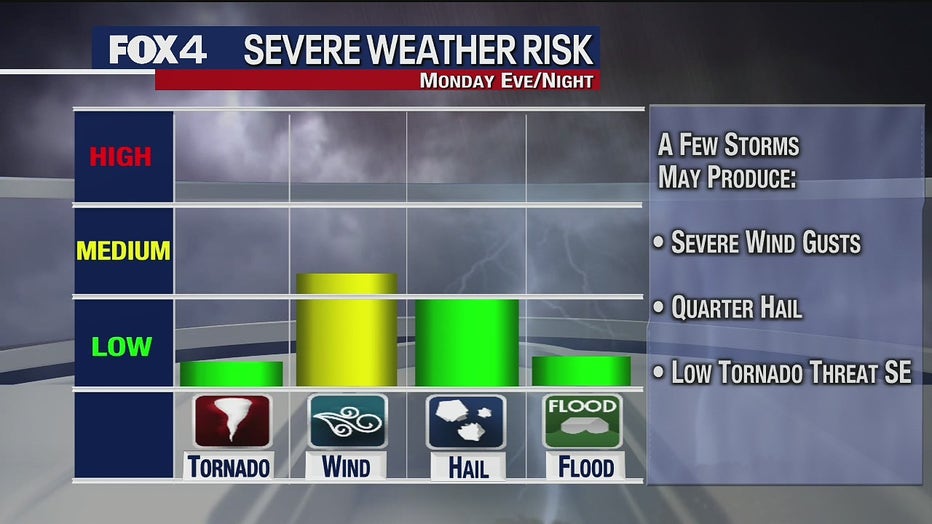 There will be some rain in the late afternoon in North Texas' south and eastern counties, before before picking up in the evening hours. If you live southeast of the Dallas there is a possibility you could see a couple of supercells. 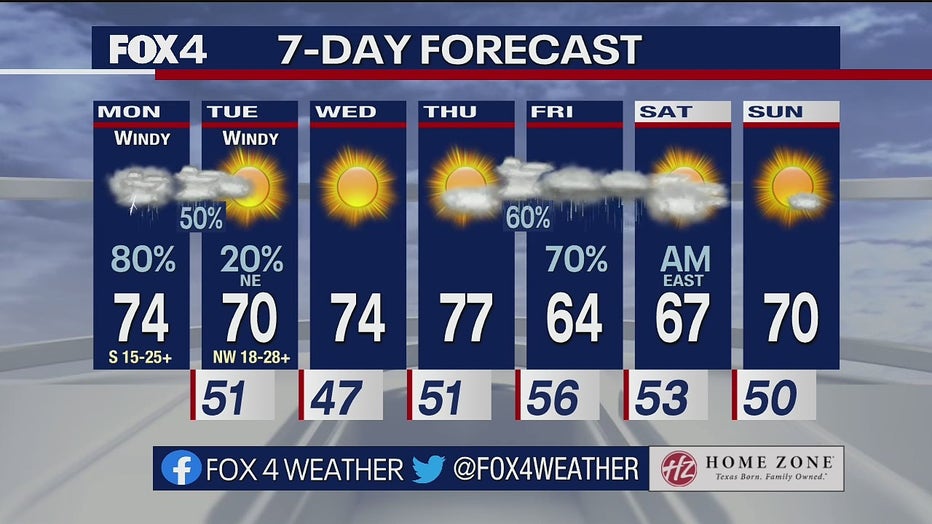 As the system moves out North Texans will feel some cooler temperatures.

There is more rain chances don't stop there. There is a 70% chance of rain on Friday, but it is expected to clear out for the weekend.

FOX Weather contributed to this report.