Three tropical systems are churning over the Atlantic

MIAMI (AP) - Tropical storms Jerry and Lorenzo and tropical depression Karen are all churning over different parts of the Atlantic Ocean. 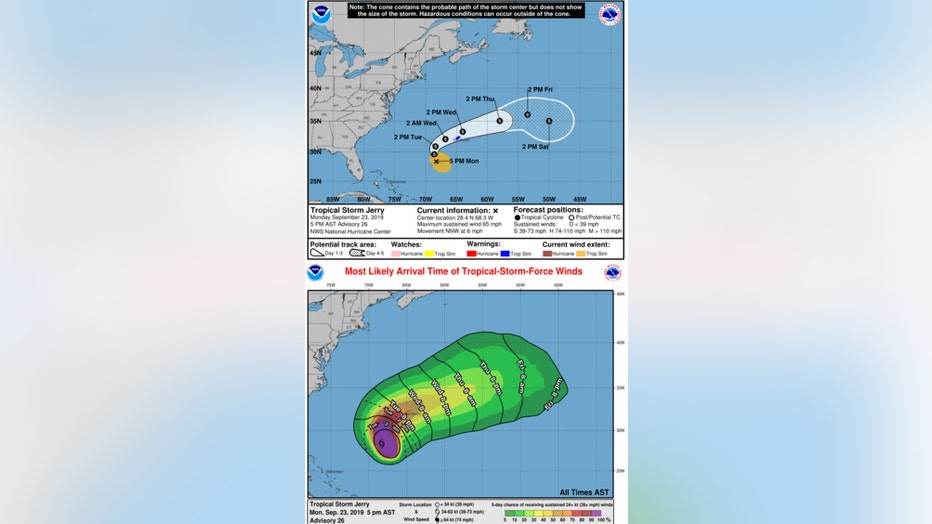 Forecasters say tropical storm Jerry is whipping up rough seas along Bermuda's shoreline as it approaches the island.The U.S. National Hurricane Center says Jerry has top sustained winds near 65 mph and is expected to be near the island late Tuesday. As of Monday afternoon, Jerry's core was about 340 miles southwest of Bermuda. The storm is moving to the north-northwest at 6 mph. 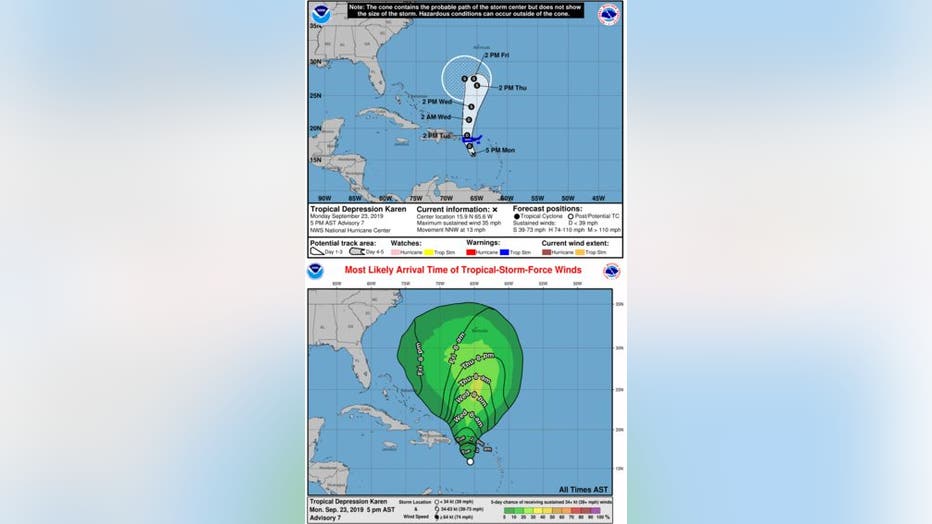 Karen downgraded Monday from a tropical storm to a tropical depression, but just because it has weakened doesn’t mean that it won’t still be dangerous and destructive.

Puerto Rico's governor announced Monday that she was canceling classes and closing public agencies as Tropical Depression Karen approaches the U.S. territory and threatens to cause heavy flooding in the island's eastern region.

At 5 p.m. EDT, Karen was centered 135 miles south of St. Croix and moving north-northwest at 13 mph, with maximum sustained winds of 35 mph.

Roberto Garcia, meteorologist in charge of the National Weather Service's San Juan office, said 2 to 4 inches (5-10 centimeters) of rain was expected, with up to 8 inches (20 centimeters) in isolated areas, by the time the storm passed by on Tuesday. He added that some towns in the eastern part of Puerto Rico would likely be hit with moderate to serious flooding, especially those next to mountains.

The island is still recovering from Hurricane Maria, which hit as a Category 4 storm two years ago and is estimated to have caused more than $100 billion in damage. More than 25,000 homes still have a blue tarp for a roof and the electric grid remains unstable.

"It's a reality that we might have power outages," Vázquez said.

A tropical storm warning was still in effect for Puerto Rico, the neighboring islands of Vieques and Culebra, and the U.S. and British Virgin Islands. Schools and government offices also were ordered to close on those islands. 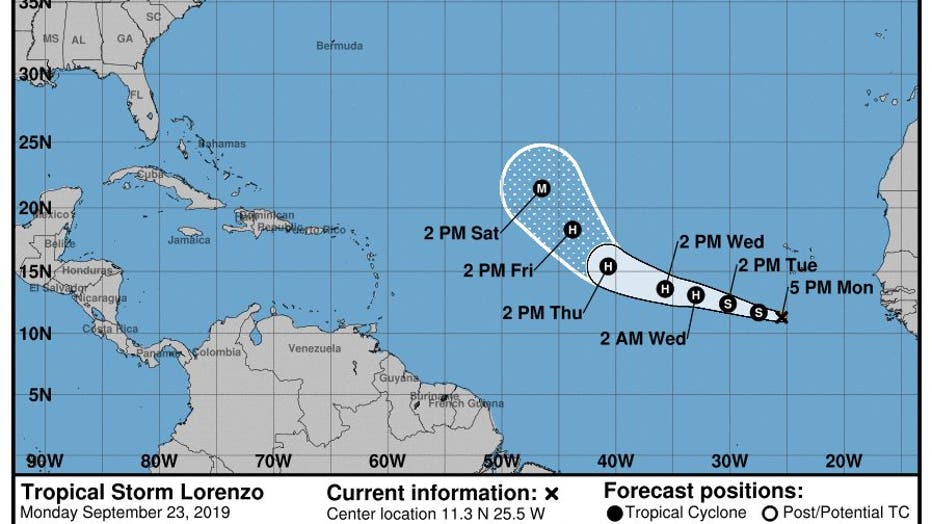 Meanwhile, Tropical Storm Lorenzo formed over the far eastern Atlantic and strengthened south of the Cabo Verde Islands, though it was projected to curve away from land. It was centered about 255 miles south-southwest of the southernmost Cape Verde Islands and had maximum sustained winds of 45 mph. It was heading west at 16 mph.