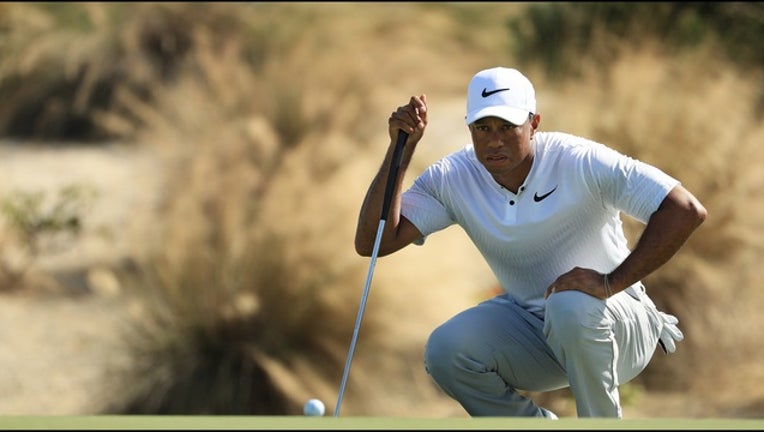 NASSAU, BAHAMAS - DECEMBER 01: Tiger Woods of the United States lines up a putt on the second green during the second round of the Hero World Challenge at Albany, Bahamas on December 1, 2017 in Nassau, Bahamas. (Photo by Mike Ehrmann/Getty Images)

The USGA says Woods officially entered on Thursday, four days after he tied for 32nd in the Masters. Even exempt players have to formally enter the U.S. Open.

Woods hasn't played the U.S. Open since he missed the cut at Chambers Bay with rounds of 80-76.

The U.S. Open is June 14-17 at Shinnecock Hills on Long Island, where Woods made his U.S. Open debut in 1995 as the U.S. Amateur champion. He opened with a 74 and withdrew the next day with a wrist injury. He tied for 17th at Shinnecock in 2004 when he was in the midst of changing his swing.

Woods is in the last year of a 10-year exemption from winning the 2008 U.S. Open at Torrey Pines.