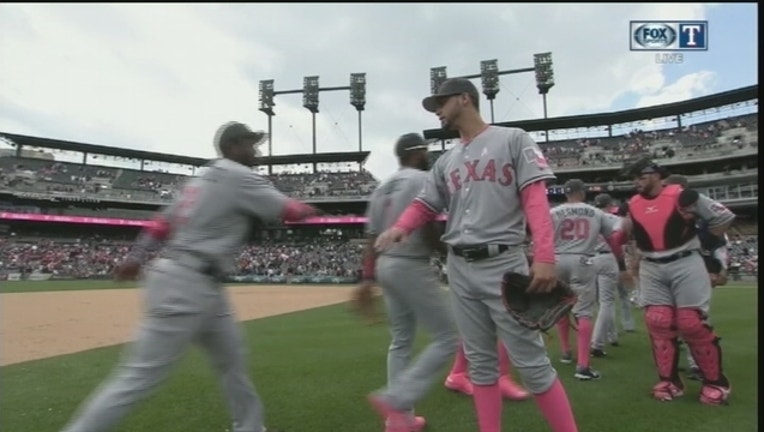 DETROIT (AP) — Bobby Wilson hit a tiebreaking grand slam in the eighth inning against the team that just traded him away, and the Texas Rangers completed a three-game sweep of the Detroit Tigers with an 8-3 victory Sunday.

After being shut out for seven innings by Justin Verlander, the Rangers broke through against relievers Justin Wilson and Mark Lowe (1-1) for seven runs in the eighth.

Wilson didn't hit any home runs for the Tigers before they sent him to Texas on Tuesday. His first shot of the season sent Detroit to its sixth straight loss.