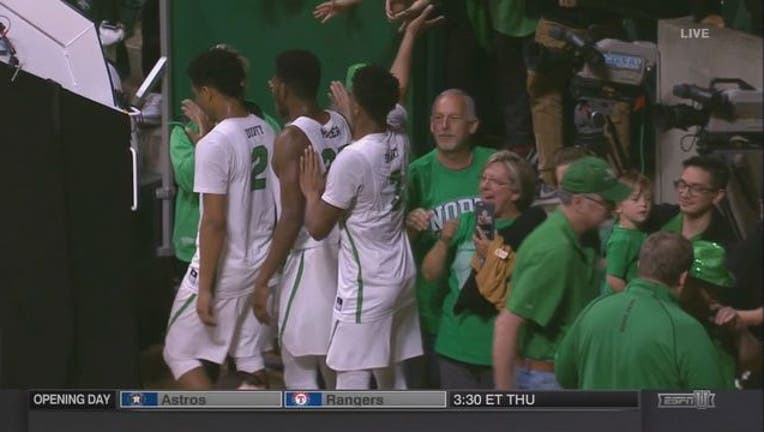 The Mean Green missed 12 straight shots from the field over a span of nearly 7 minutes before Tope Arikawe's tiebreaking layup with 29 seconds left made it 33-31 at halftime. Arikawe finished with 10 points.

North Texas (19-18) scored the first 10 points after halftime, part of a 16-3 run that was capped by Ryan Woolridge's steal and breakaway layup that made it 49-35 with just over 12 minutes left. That was the second steal he turned into a quick score in that spurt.

Game 3 is Friday night, back in the Super Pit on the North Texas campus. San Francisco won 72-62 in the opener of the best-of-three series Monday night.

San Francisco: The Dons, who won back-to-back NCAA titles in 1955 and 1956 and were NIT champs in 1949, are looking to become the first NCAA Division I team to win three different postseason tournaments. This is their third CBI appearance.

This is the ninth time in the 11 CBI tournaments that the final series has needed all three games to determine the champion. The deciding game comes the night before the start of the NCAA Final Four in San Antonio, about a 5-hour drive south on I-35 from the North Texas campus.