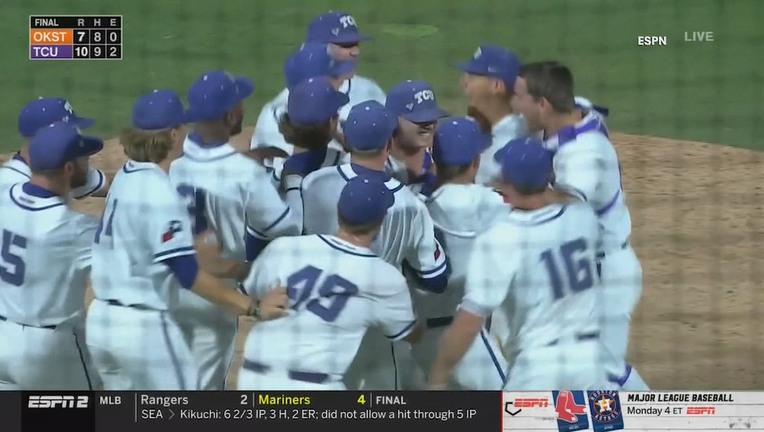 FORT WORTH, Texas - Two local college baseball teams are in the NCAA tournament including the Big 12 champion TCU Horned Frogs.

TCU will be the No. 6 overall seed in the tournament and will host one of 16 NCAA regionals. Their first game is Friday against Louisiana’s McNeese State.

"Yeah, this is always my favorite day of the year. It is really hard these days to make the NCAA tournament much less, you know, win a regular-season championship or a conference tournament championship. So once you are in the field of 64 it gives you a shot to make your way to Omaha. So we are excited," said TCU baseball head coach Jim Schlossnagle.

This will be TCU’s 17th appearance in the tournament that leads up to the College World Series.

Dallas Baptist University will also play in the Fort Worth regional against Oregon State. It’s the team’s seventh straight year in the tournament.

Two other Texas teams are hosting regionals. Texas is the No. 2 seed in the tournament and will play Louisiana’s Southern University. Texas Tech is the No. 8 seed and will play Army in the first round.

Last year’s series was canceled because of COVID-19.