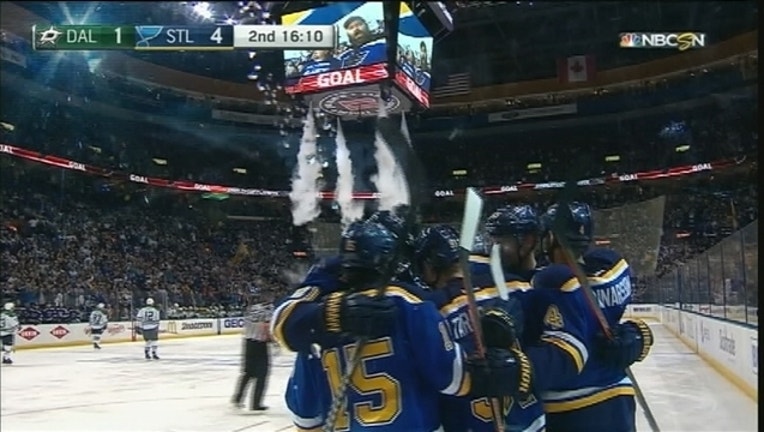 ST. LOUIS (AP) -- Alexander Steen and David Backes had two goals apiece and the St. Louis Blues' defense put the clamps on the Dallas Stars in a 6-1 victory that put them up 2-1 in the second-round series Tuesday night.

Vladimir Tarasenko had a goal and two assists, Troy Brouwer had a goal and assist and Brian Elliott was strong when he needed to be for the Blues in their first lopsided triumph of the postseason. Their other five wins were decided by one goal.

The Blues finished two points behind Western Conference champion Dallas in the regular season and have control of the series heading into Game 4 Thursday night in St. Louis.