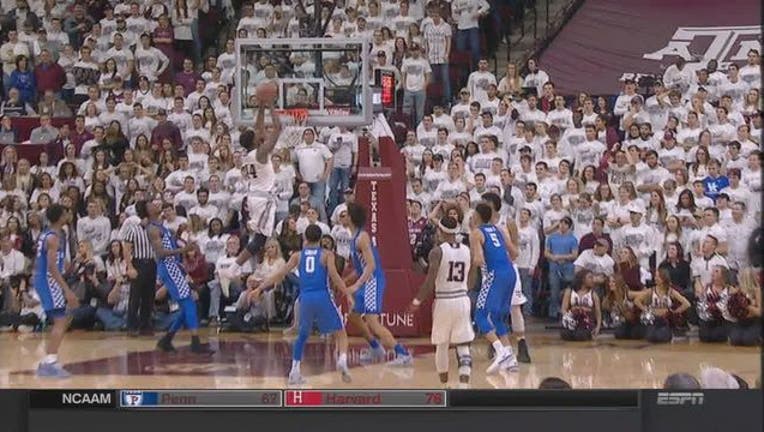 John Calipari has lost three consecutive games for the first time since taking over the Kentucky program before the 2009-2010 season.

Texas A&M Aggies dominated the Wildcats in fast-break points (18-10), and the Aggies' high-flying Robert Williams had four of the team's six blocks.

Kentucky: Kentucky hasn't yet hit the panic button this season - but perhaps it's time for a tap. Calipari is still trying to figure out a rotation with five regular-season games remaining. The Wildcats are sure to drop out of the top 25, as well, with their third consecutive loss.

Texas A&M: The Aggies are looking much like the team that started 11-1 prior to SEC play, and that should startle the rest of the league. When big men Robert Williams and Tyler Davis are clicking as they did on Saturday night, the Aggies are tough to beat.

Kentucky: At Auburn on Wednesday night.