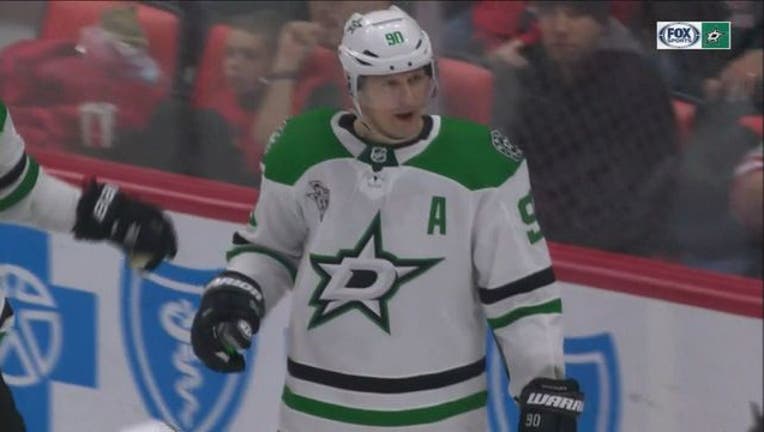 Spezza scored on a lunging, one-timer below the left circle with 5:52 left in the second period. His first goal came on a redirected shot midway through the first.

The 33-year-old forward was a healthy scratch on Monday when Dallas won at Boston in overtime. He bounced back by ending his 14-game goal drought, scoring twice in a game for the first time since March 12, 2016. Spezza scored 33 goals just two years ago and has 323 career goals.

Trevor Daley put Detroit ahead in the opening minute, but Faksa redirected a shot past Jimmy Howard at 2:48. Andreas Athanasiou pulled the Red Wings into a 2-all tie midway through the second period and Spezza's second goal 2:25 later put Dallas ahead 3-2.

Howard had 22 saves for the Red Wings, who had won five of their previous seven games.

NOTES: Dallas scratched C Gemel Smith to make room for Spezza in the lineup. ... The Red Wings were without F Justin Abdelkader (lower body) and F Darren Helm (lower body) and both are expected to miss at least another game. ... Spezza had two power-play goals in a game for the first time since he played for Ottawa against Washington on March 30, 2010.

Stars: Visit Columbus on Thursday for the third stop in a four-game trip.

Red Wings: Get a three-day break before hosting Carolina on Saturday.