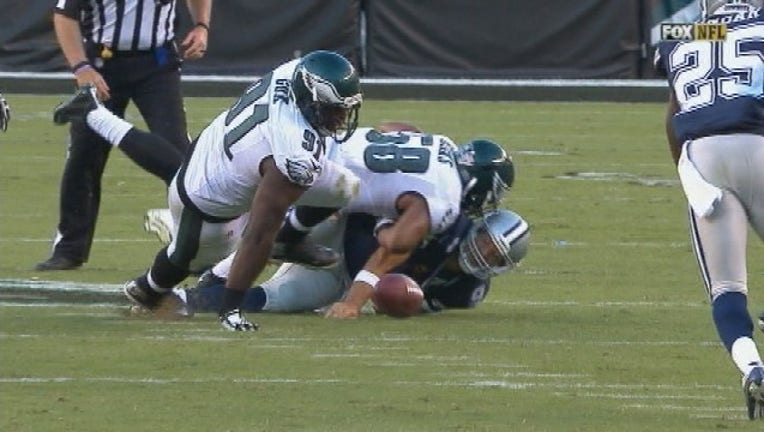 DALLAS - How would Tim Tebow look in a Cowboys uniform?

Although it’s only a rumor, the internet is buzzing about the idea of the ex-Eagles quarterback filling in for Tony Romo, who is out with a broken collarbone.

FOX broadcaster Joe Buck brought up the idea. Troy Aikman replied that the Eagles might need him too.

The Cowboys will give an update on Romo’s condition Monday afternoon. He is expected to be out for the next few weeks and maybe even months.

Backup quarterback Brandon Weeden helped the Cowboys finish out Sunday’s game with a 42-yard touchdown pass and a 20-10 win.