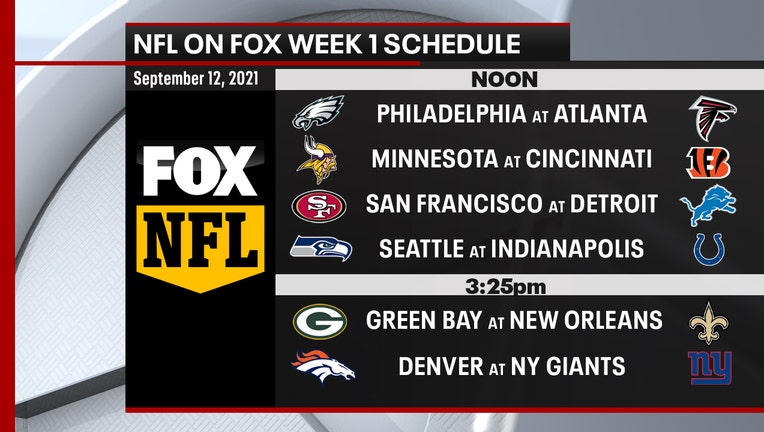 DALLAS - The NFL will release its schedule Wednesday night but FOX 4 got a sneak peek.

In no other sport is the schedule announcement such a big deal. Since FOX pays billions every year to televise the NFL, the league has granted the network the privilege of revealing some of the Week 1 games a little early.

The Dallas Cowboys aren’t on the list. They'll start in primetime with the Thursday night opener on Sept. 9 against Tom Brady and the Super Bowl champion Bucaneers.

The league is adding a 17th regular season game this year with each team having an extra cross conference matchup. None of those matchups are in Week 1.

Instead, in Week 1 fans will see some of the top rookie pass catchers take the field with tight end Kyle Pitts for Atlanta and Heisman winner Devonta Smith for Philadelphia.

Both teams are coming off disappointing 2020 campaigns. One of the Cowboys division opponents will try to get off to a good start on FOX.

The old quarterback of the Eagles Carson Wentz will make his Colts debut at home against Seattle in Week 1.

On the other side, Russell Wilson is coming off a turbulent off-season unhappy with the way things are running in Seattle. There are rumblings that he wanted a trade.

It looks like he’ll stick it out with Coach Pete Carroll and company who have only missed the playoffs twice since 2010.

And speaking of unhappy quarterbacks, the Green Bay Packers head to New Orleans. Both teams are potentially dealing with major changes.

For the Saints, it’s a given. They’ll have a new quarterback under center following the retirement of Drew Brees. It remains to be seen if that will be Jameis Winston or Taysom Hill.

For Green Bay, Aaron Rogers has made it clear he wants out. The Packers have said they won’t trade him but it doesn’t sound like he has any intention of playing for Green Bay. So there could be some big storylines there. 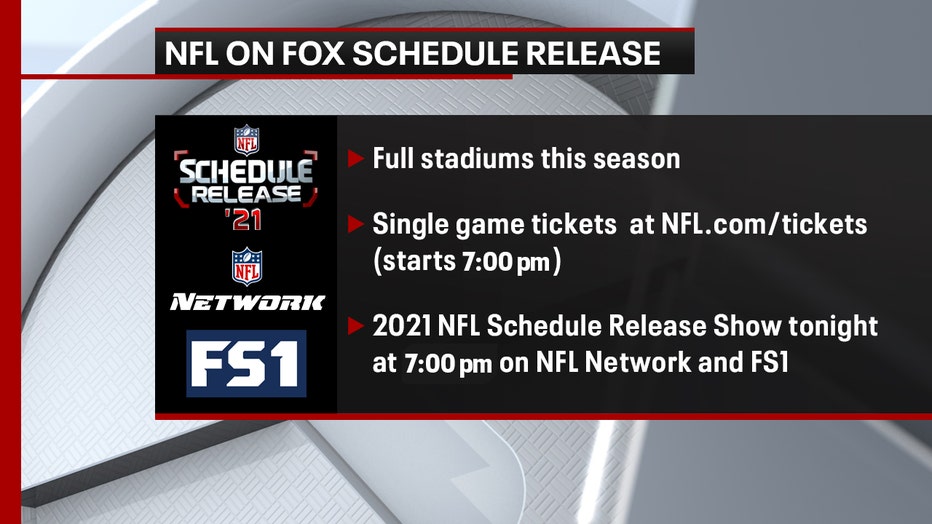 The NFL will announce who the Cowboys are playing Wednesday when it releases its entire schedule Wednesday night on FS1 or the NFL Network at 7 p.m.

That’s also when single game tickets go on sale on NFL.com. The league said it's planning on full stadiums this season.