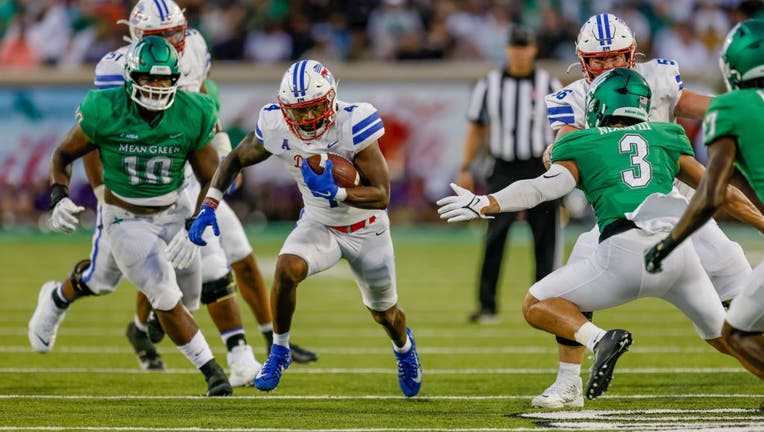 Mordecai's first TD pass, 51 yards to Jordan Kerley gave the Mustangs a 24-3 lead in the second quarter and a 75-yard catch-and-run pass to Roderick Daniels made it 31-10 at halftime.

Rashee Rice and Kelvontay Dixon caught TD passes in the second half. Rice had 166 receiving yards and Kerley 103.

Tre Siggers and Tyler Lavine had short scoring runs for SMU. Siggers led SMU with 54 yards on the ground.

Oscar Adaway had a 35-yard run for the Mean Green's only touchdown. Adaway had 20 carries for a game-high 117 yards.