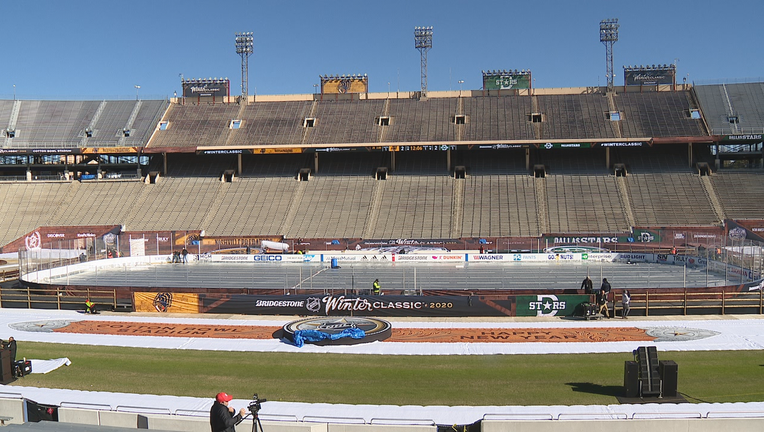 DALLAS - The Dallas Stars are reportedly interested in hosting outdoor games for the upcoming NHL season so more fans can safely attend games amid COVID-19 restrictions.

The Athletic reported the Stars were among several teams interested in hosting outdoor games, and the Dallas Morning News confirmed with Stars president and CEO Brad Alberts that the team is interested.

It’s still not clear how many outdoor games there would be, or where they would be played.

The NHL has planned to open its season on January 1, 2021, but there is still no schedule in place or further details on how the season will be played.

The Stars hosted the Winter Classic at the Cotton Bowl on New Year’s Day last season, before the NHL finished the season in “bubbles” in Toronto and Edmonton, where the Stars made it to the Stanley Cup Final, before losing to the Tampa Bay Lightning.

While COVID-19 restrictions would not allow the Stars to fill up the Cotton Bowl or another outdoor venue with fans, but the increased seating capacity would allow more fans to be in attendance than the American Airlines Center.