The Texas Rangers are still days away from their home opening game but there was a lot of meaning in last night's pre-season exhibition game.

ARLINGTON, Texas - For the first time, Texas Rangers fans got to cheer their team on in person at the new Globe Life Field.

The new ballpark that opened in 2020 has seen a World Series with fans and a league championship with fans. But until Monday night, there hadn’t been a Rangers game there with people in the seats.

The team opened the roof and did not limit the crowd size for Monday night’s game against Milwaukee.  They will be allowed to fill the stands again for Tuesday afternoon’s game.

Fans are still required to wear masks and follow some COVID-19 safety protocols, though. 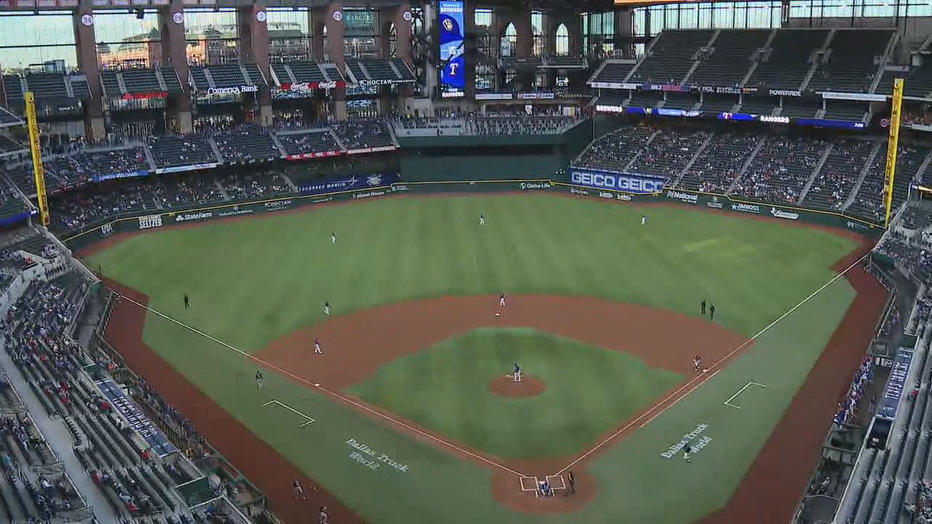 The plan is for Globe Life Field to be at full capacity for next week’s home opener against the Blue Jays.

The team’s manager said the players savor the chance to take the field and hear actual cheering.

"It’s an exciting time and obviously a lot of Rangers fans show up and we can hear our fans instead of that annoying crowd noise, that fake crowd noise that we had last year," Manager Chris Woodward said. "Now there’s real human beings in the stands, not these cardboard cutouts. It’ll be kind of nice."

"We are excited to finally see baseball being played, Rangers doing their thing again," said George Richards, a Rangers fan.

Nearly 13,000 fans were in attendance to watch the Brewers beat the Rangers 4-0 Monday night. Globe Life Field has a capacity of about 40,000.

After next week’s home opener, the team will offer some socially distant seating options for home games in April.