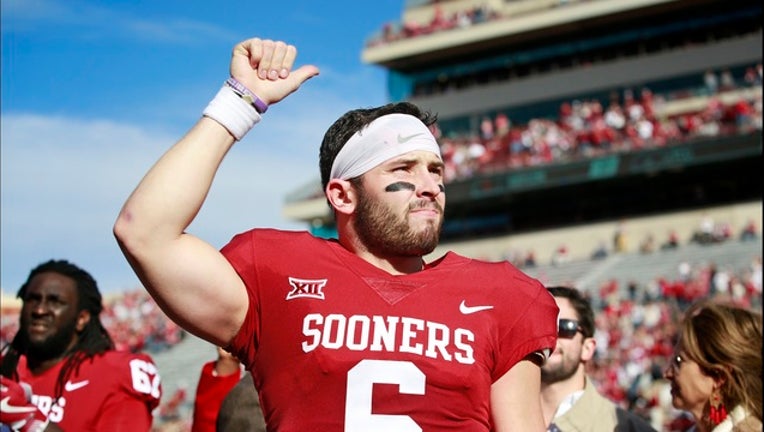 Baker Mayfield of Oklahoma gestures to the crowd after Senior Day announcements before the game against West Virginia at Gaylord Family Oklahoma Memorial Stadium on November 25, 2017 in Norman, Oklahoma. (Photo by Brett Deering/Getty Images)

NEW ORLEANS (AP) -- Oklahoma's Baker Mayfield has been named the 2017 Manning Award winner after a season in which he passed for 4,627 yards and 43 touchdowns.

Mayfield is the first Sooner and first former walk-on to win the Manning Award, which is given to the nation's top college quarterback and is the only award to consider post-season performances in voting by a national media panel as well as Archie, Peyton and Eli Manning.

Mayfield also won the Heisman Trophy this season and led the Sooners to a Big 12 championship, as well as a semifinal berth in the College Football Playoff.