The NFL is about to release its schedule for the 2022 season. Here's a sneak peek at one of the Cowboys games.

DALLAS - The NFL is getting ready to release its schedule for next season. FOX 4 got a sneak peek at one of the Cowboys games.

The Dallas Cowboys will play the Green Bay Packers at Lambeau Field on Nov. 13. That game is designated by FOX as "America’s Game of the Week" for Week 10.

RELATED: Tom Brady to join FOX Sports as lead analyst once playing career is over 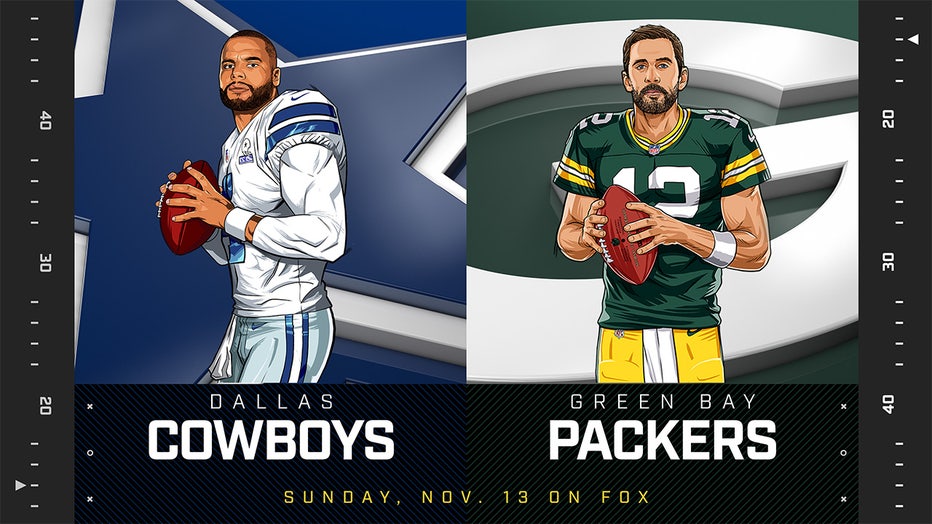 Both teams won their divisions last ear but have undergone major changes in the off-season. The Cowboys lost receive Amari Cooper and there are questions about the offensive line.

"We have to think about, as we sort of lick our chops here, what might be at stake there. Obviously both franchises with a lot of hopes for this coming season, and where they might be in their relative playoff pushes, their pushes for seeding, to see what might be at stake within conference. Should be a great game, Week 10," said FOX Sports host Tom Rinaldi.

The full 2022 NFL schedule will be released at 7 p.m. Thursday on the NFL Network and FS One.